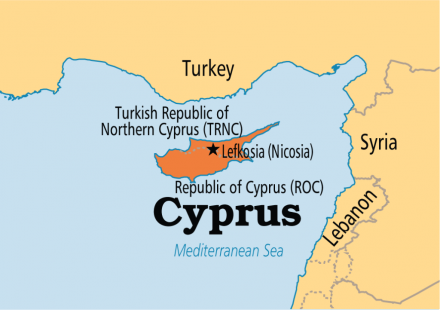 Nicosia based ‘The Five Fingers Think Tank’ stated that the arrival at a deadlock on a federal partnership (with Greek part of Cyprus Island) is not the end of the world.

In a written statement, the think tank said that, according to the long-held principle that “Nothing is agreed until everything is agreed”, all positions, proposals, maps and documents submitted by the parties up until today have been nullified.

It said that “The Greek Cypriot side and Greece have pushed ahead with their vision to assert their dominance over the whole island. This approach fundamentally contradicts the premise of “power sharing/partnership”.

As long as they continue with this vision, it is not possible to establish a federal partnership based on political equality in Cyprus. Despite all efforts of the Turkish Cypriot side and Turkey to establish a new partnership, because of this fundamental approach of the other side it has not been possible to reach a positive result in either 2004 Annan Plan negotiations or the Crans Montana conference”.

The think tank emphasised that in order to prove a change of heart, the Greek Cypriots and Greek side must respect the equality of the Turkish Cypriot people and their political institutions, and lift the unjust and inhumane isolations imposed on the North. Unfortunately, despite multiple opportunities, the group concluded that there did not appear to be any inclination from either the Greek Cypriot or the Greek side to change their vision.

Separate ceremonies were held to remember the martyrs of Topçuköy and Tuzla. 9 Topçuköy villagers who had lost their lives during 1958-1974 and 1974 were commemorated with a ceremony at the Topçuköy Martyrdom. Another ceremony was held at Tuzla Martyrdom to remember 21 martyrs who were killed during the fighting of 1958-1963 and in 1974.

According to newspaper reports, a Greek Cypriot businessman has turned to North Cyprus for justice after claiming he has been unable to rely on policing in the South. Speaking to the Kıbrıs Postası newspaper, Zakaris Karipis said that his life has become hell since he discovered and reported to the Greek Cypriot police significant amounts of narcotics that were, unknown to him, smuggled into Larnaca Port among the goods he imported from Bulgaria in 2000.

Rather than being rewarded by the authorities, Karipis claims instead that he was left totally unprotected and alone by the Greek Cypriot police. Kapiris alleges that he was threatened as a result of his honesty, that his car was burnt and his house was attacked after 2011. Despite speaking out many times, Karipis claims that many groups and outlets are too afraid to report on the injustice that he faced.

The 65 year old businessman has finally reached breaking point, and moved to the TRNC one month ago to ask help from President Mustafa Akıncı.

President Tatar: ” Turkey’s guarantee and Turkish troop cannot be given up “
https://pio.mfa.gov.ct.tr/en/president-tatar-turkeys-guarantee-and-turkish-troop-cannot-be-given-up/

President Tatar: “15 November 1983 is a turning point in Cyprus”
https://pio.mfa.gov.ct.tr/en/president-tatar-15-november-1983-is-a-turning-point-in-cyprus/