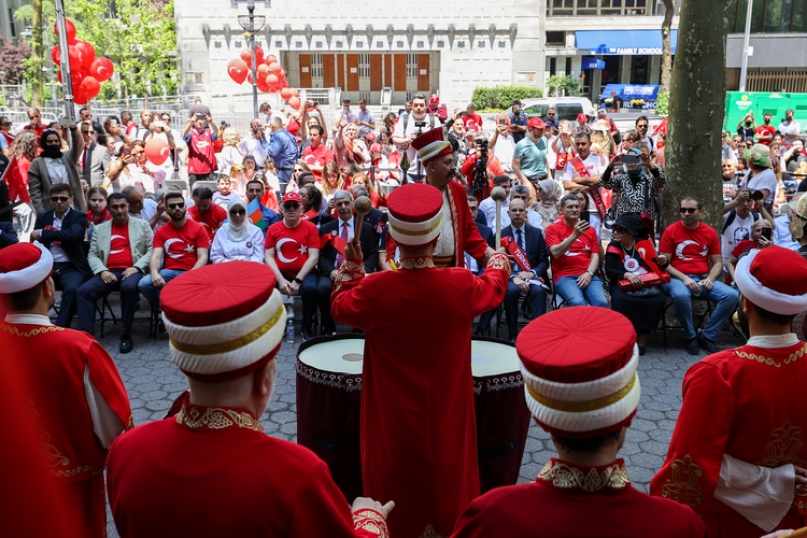 The traditional New York Turkish Day Parade was held in Manhattan. The Turkish Republic of Northern Cyprus (TRNC) was also represented in the parade.

In the parade, the TRNC was represented by TRNC Washington Representative Mustafa Lakadamyalı and New York Representative Mehmet Dana. In addition, Turkish Cypriots living in New York took part in the cortege.

The 39th Turkish Day Parade, organized with the theme of “To the Centenary with the Crescent and Star”, was held with the coordination of the Presidency of Communications of the Republic of Turkey. More than 50 organizations and associations in the USA and Turkey participated in the parade.