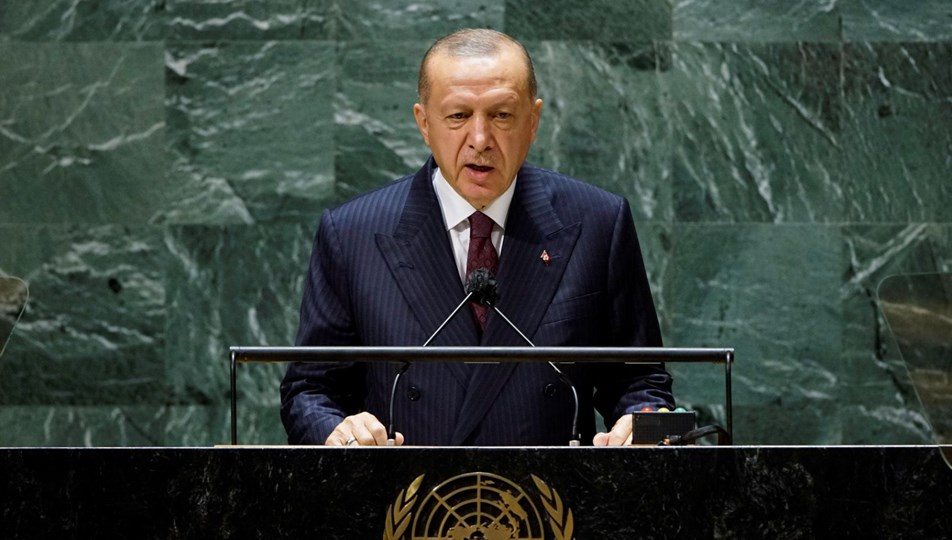 Stressing that a fair, lasting and sustainable solution to the Cyprus issue is possible only through a result oriented, realistic approach, Erdoğan emphasised “While the leader of one of the two peoples on the Island, which the United Nations considers as equal, can address you, it is not fair that the other leader cannot make his voice heard on this platform.”

Erdoğan also added “The continuation of the calm environment in the Eastern Mediterranean is in our common interest. We hope that the problems regarding maritime boundary delimitation will be resolved within the framework of international law and good neighbourly relations. For this it is necessary, first of all, to abandon the understanding whereby Turkey, which has the longest coast in the Eastern Mediterranean, is ignored in the region. Our proposal to organise an “Eastern Mediterranean Conference”, in which all actors in the region will take part for dialogue and cooperation, is still on the table.”