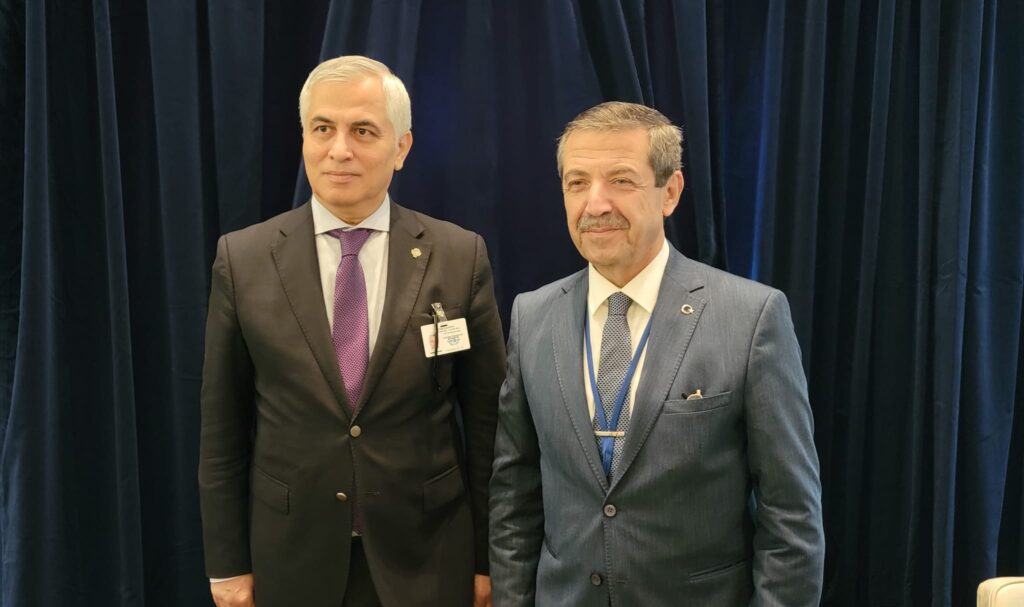 At the meeting, where the Undersecretary of the TRNC Ministry of Foreign Affairs Kemal Köprülü, the TRNC Washington Representative Mustafa Lakadamyalı and the Third Secretary Seval Gökeri were present, the relations between the TRNC and the Economic Cooperation Organisation of which the Turkish Republic of Northern Cyprus is an observer member, were discussed and the activities and cooperation issues envisaged in the coming period were evaluated.

Minister Ertuğruloğlu informed his interlocutor in detail about Cyprus issue and explained the new position of the Turkish Cypriot side, which has been put forward recently.