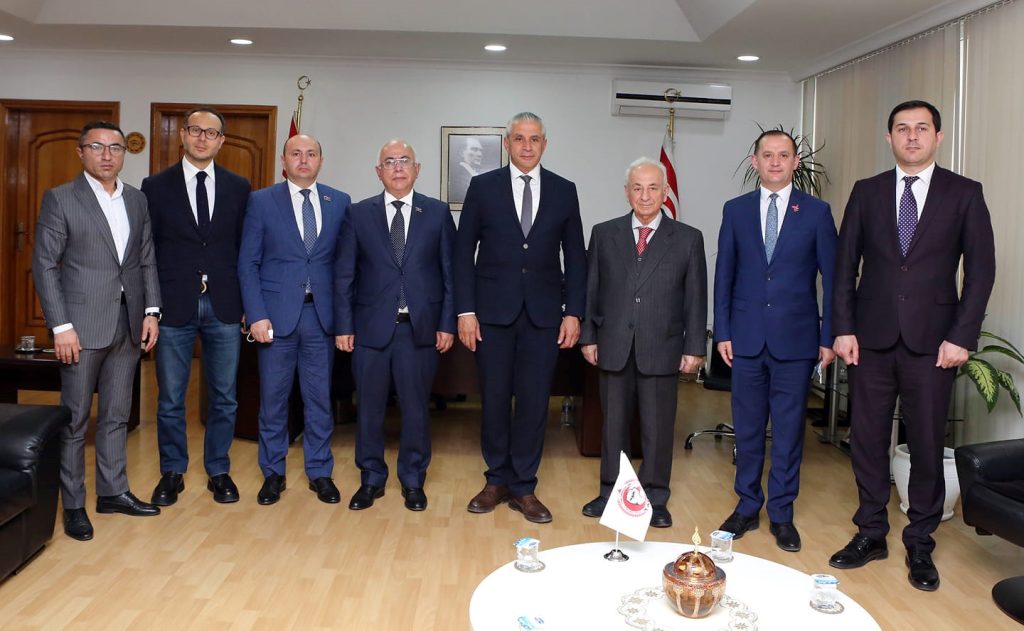 Minister of Foreign Affairs Hasan Taçoy received the delegation of Azeri MPs, academics and union leaders who are in the country to attend the Khojaly Massacre International Conference yesterday (28/02/2022).

In his speech at the reception, Minister of Foreign Affairs Taçoy expressed his pleasure due to the visit of the Azerbaijani delegation and said that the Azeri and Turkish Cypriot people had experienced similar incidents in the past which went down in history as incidents which we do not want to remember.

Minister Taçoy also stated that the Greek Cypriots intention to continue fostering hostile feelings against Turkish Cypriots was clearly revealed with the target practice given to priests from the Greek Cypriot Orthodox Church.

Stating that the Turkish Cypriot people was less fortunate than Azerbaijan in voicing its cause to the international community and that the embargoes imposed on them still continued, Taçoy pointed to the importance of their respective countries showing solidarity and making their voice heard in the world and underlined that the Ministry of Diaspora of Azerbaijan has an important task in this regard.