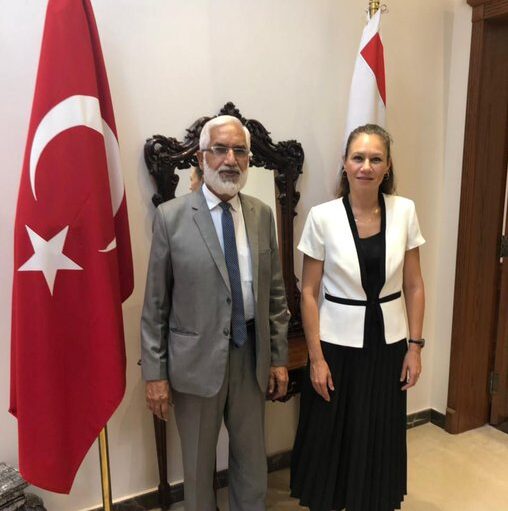 Turkish Republic of Northern Cyprus and the Islamic Republic of Pakistan enjoy historical and cultural ties. The TRNC Office of the Representative in Islamabad has been operating since 1987 and continues its efforts to strengthen the already existing strong ties in all areas. Almost more than 10,000 Pakistani citizens reside in the TRNC for educational, work or family purposes which includes around 3000 Pakistani students who are studying at the Universities and the number is increasing day by day. Pakistani citizens feel at home in our country and we also feel at home here in Pakistan.

Since the Turkish Republic of Northern Cyprus is an island country, it is a centre of attraction in terms of tourism and we want to raise awareness in Pakistan in this context. Pakistani citizens, who go on a holiday in Türkiye, tend to visit our country as well. The TRNC Office of the Representative in Islamabad, is taking steps to develop commercial/trade cooperation between the two countries. We have launched an initiative by starting to create bridges between the Cyprus Turkish Chamber of Commerce and the Cyprus Turkish Chamber of Industry and the Chambers in Pakistan through virtual meetings. The discussions are being held in the context of commercial cooperation and initiatives to encourage investment in our respective countries. We hope that the initiatives will bear fruit in the near future. She added that she was very grateful for the hospitality and friendship shown by the Pakistani people towards Turkish Cypriots and that her primary goal was to carry one step forward the already existing good relations, brotherhood and friendship bond between the Turkish Republic of Northern Cyprus and the Islamic Republic of Pakistan.

This was stated by H.E. Dilsad Senol, Ambassador of Turkish Republic of Northern Cyprus ( TRNC) in Islamabad during an exclusive interview for Daily National Herald Tribune (NHT). 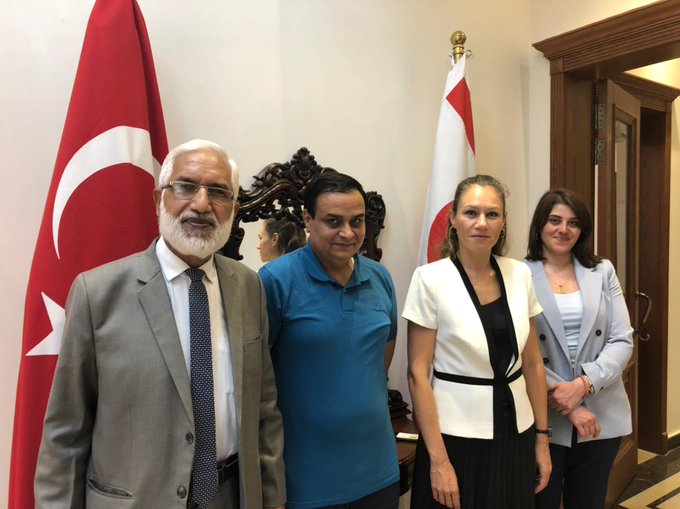 To a question that how could we integrate our efforts in taking steps in the political and economic areas of mutual interest and in promoting the cooperation between two countries in diverse sectors, she replied that politically, just like our motherland Türkiye, Pakistan has always stood by the Turkish Cypriots on the Cyprus issue. There is no political cleavage between the TRNC and Pakistan, and that she would like to emphasize that the TRNC and Turkish Cypriot people are in solidarity with Pakistan on the Kashmir issue and fully support Pakistan’s stance. Although the trade between the two countries is not yet at the desired level, steps are being taken to expand the trade between two countries.

To another question whether a just solution of the Cyprus problem with a clear understanding is need of the hour, the envoy said that it should be recalled that over the past five decades and numerous rounds of United Nations facilitated negotiations, many efforts have been made for reaching an agreement under a “bi-zonal and bi-communal federation” based on political equality of the two sides. Despite the continuous good will and constructive approach shown by the Turkish Cypriot side all those efforts have been failed. The last-ditch effort in this direction was Cyprus Conference held in Crans-Montana, Switzerland, in June-July 2017 which once again confirmed that the Greek Cypriot mindset, namely lack of will to share power and prosperity with the Turkish Cypriot side, persisted. The essence of Turkish Cypriot side’s new vision is to secure the inherent sovereign equality and equal international status of the State of the Turkish Cypriot People, through which a new basis will be brought about for the parties on a formal negotiations to set up freely negotiated and mutually acceptable cooperative relationship. It should be emphasized that the Turkish Cypriot side’s new approach is in line with the repeated calls of the United Nations Secretaries-General, on the two sides to “think outside the box”; and that “this time must be different”. Turkish Cypriot side’s new approach was registered at the 5 + United Nations (UN) informal meeting held in Geneva in April 2021 with a view to breaking the deadlock in the decades-long negotiations conducted in the same basis and modalities. She added that we expect from the UN Secretary-General to take an initiative so that the Security Council adopts a resolution in which the equal international status and sovereign equality of the two States are secured. The Ambassador went on to say that the support of the OIC for the Turkish Cypriots is of course very valuable for TRNC. However, the decisions taken regarding the lifting of the inhumane isolations imposed on the Turkish Cypriots remains unfulfilled.

When the Ambassador’s attention was drawn towards the TRNC’s new approach toward the Cyprus issue, Dilsad Senol replied the rationale behind this proposal was embedded in the reality. The reality being that there are two States on the island. So long as the international community treats the Greek Cypriot side as the sole legitimate representative of the whole island under the usurped title of the “Republic of Cyprus” while it treats the Turkish Cypriot side as if it is a mere “community” in the so-called “Republic of Cyprus”, no one should expect a viable and just solution to the Cyprus issue. Therefore, acknowledgement of equal status of the both sides is a prerequisite, prior to the start of a possible formal negotiation process. That is why we, as the Turkish Cypriot side, advocate a new solution model based on the sovereign equality and equal international status of the two sides.