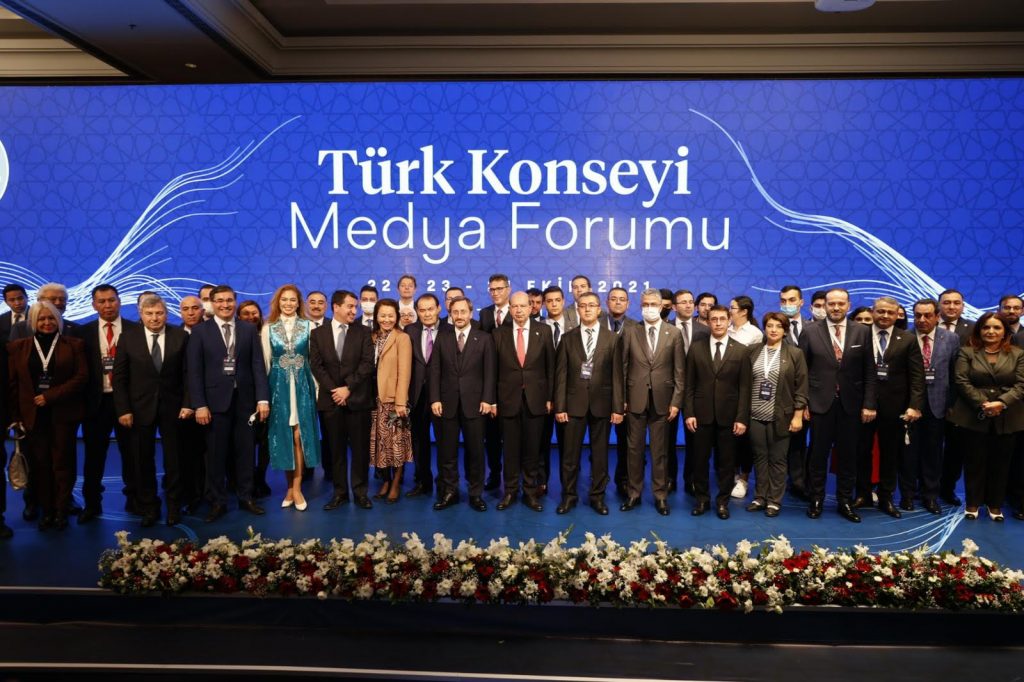 President Ersin Tatar attended the opening of the “Turkic Council Media Forum” held in İstanbul and hosted by the Presidency of the Republic of Turkey, Directorate of Communications with the theme “Deep-rooted Past, Strong Future”.

In his speech at the opening of the forum, President Ersin Tatar thanked for the opportunity to be invited to such a good event as the President of the TRNC and for sharing the voice and message of the Turkish Cypriot people with the media representatives of the Turkish world.

Stating that the Turkish Cypriot people have developed over the years, despite the recent pandemic, with the support of Turkey and are able to look to the future with self-confidence, Tatar said that they want an agreement in Cyprus which is not based on a federal partnership, but on the basis of two states which includes the sovereignty of the Turkish Cypriot people and the continuation of Turkey’s guarantee.