President Tatar meets with US officials 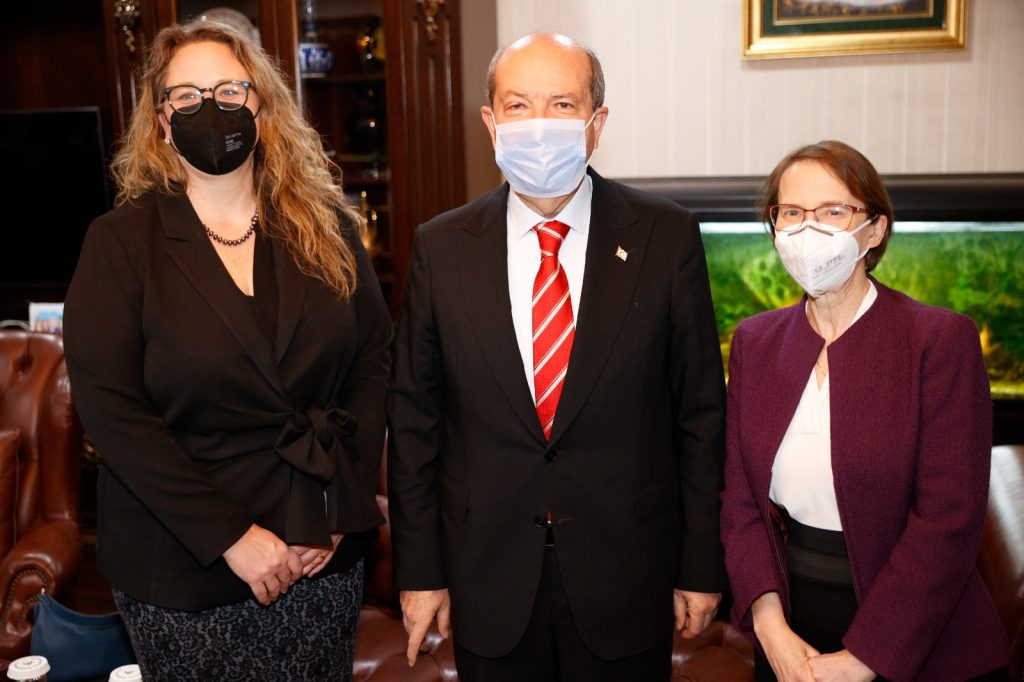 According to the information given by the Presidency, President Ersin Tatar received the US Ambassador to South Cyprus Judith G. Garber and the Deputy Assistant Secretary of State overseeing policy for Southern Europe and the Caucasus, Erica Olson.

During the meeting, President Tatar stated that they can negotiate the solution of the Cyprus problem in case of registration of the sovereign equality right of the Turkish Cypriot people.

President Tatar expressed that the Turkish Cypriot side incline toward the issues that will truly increase trust and cooperation between the two sides and will contribute to a reconciliation on the basis of sovereign equality, and is ready to take initiative.

Ersin Tatar also underlined that they expect the foresighted contributions of the USA in reaching a sustainable reconciliation based on the natural/acquired rights of the parties in Cyprus.