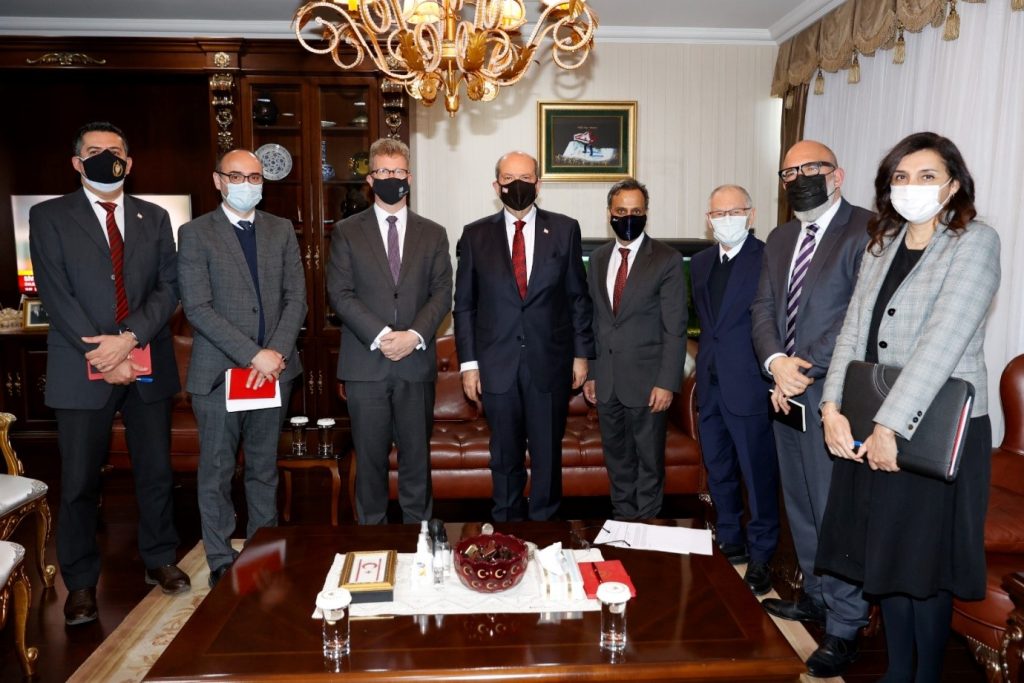 According the statement made by the TRNC Presidency, during the meeting, views were exchanged in relation to the latest developments in the Ukraine-Russia war and President Tatar expressed his wish for the war to be ended immediately.

Expressing his wish for the establishment of peace by operating the dialogue mechanism, President Tatar said that human tragedies caused by war must end.

Stating that the Greek Cypriot side was unjustly made a member of the EU after the 2004 Annan Plan referendum, President Tatar criticized unjust isolations imposed against the Turkish Cypriot people.

President Tatar underlined the need for the isolation on Turkish Cypriots to be ended and emphasised that Turkish Cypriot side expects the UK to be more flexible following the Brexit.

President Tatar also underlined his belief that post-Brexit Britain can implement more flexible policies in its relations with Turkish Cypriots on issues such as the direct trade and ending of isolations.

The meeting was also attended by Special Representative M. Ergün Olgun and members of the negotiating team.