President Tatar: “The continuation of restrictions on sports games has no human value” 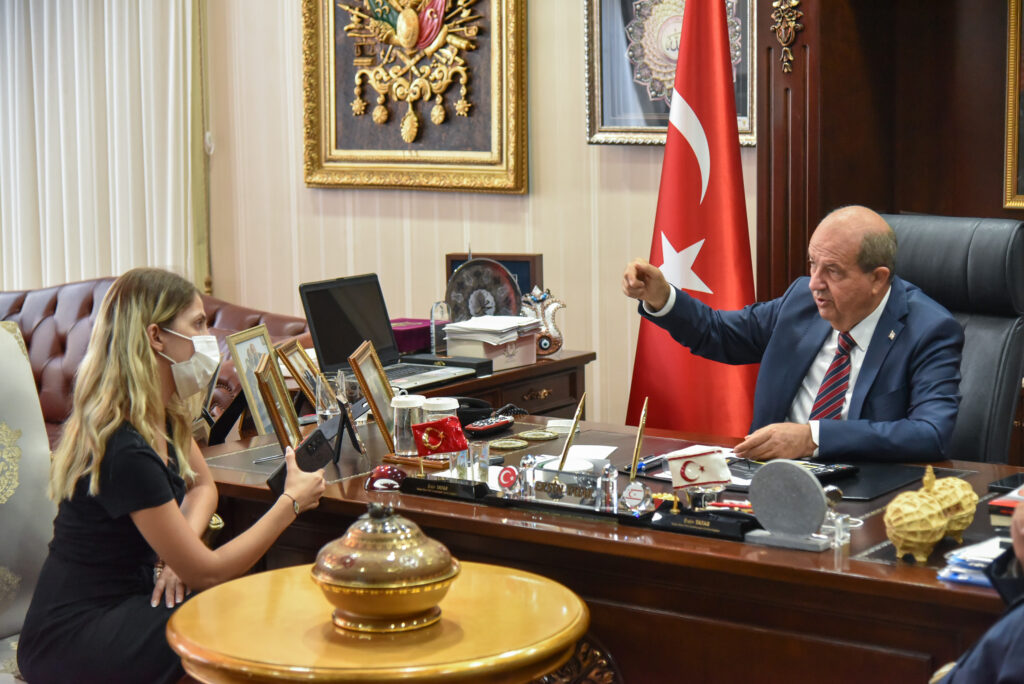 TRNC President Ersin Tatar stated that the continuation of restrictions on sports games in such an age and changing world conjuncture has no human value.

Noting that there are still embargoes and restrictions imposed upon the Turkish Cypriot people due to the pressures of the Greek Cypriot side, the President said that they do their best to remove these obstacles in every environment, continue their work and consider all kinds of contacts.

In his assessment to the TAK correspondent, Tatar stated that he had the opportunity to meet with Azerbaijani President Ilham Aliyev for the first time in Konya, where he was to attend the Islamic Solidarity Games. He also noted that he expressed Azerbaijani President his regret for not being able to participate in the Islamic Solidarity Games as a country.