Tatar: “We will not enter the official negotiation process until our sovereignty is registered” 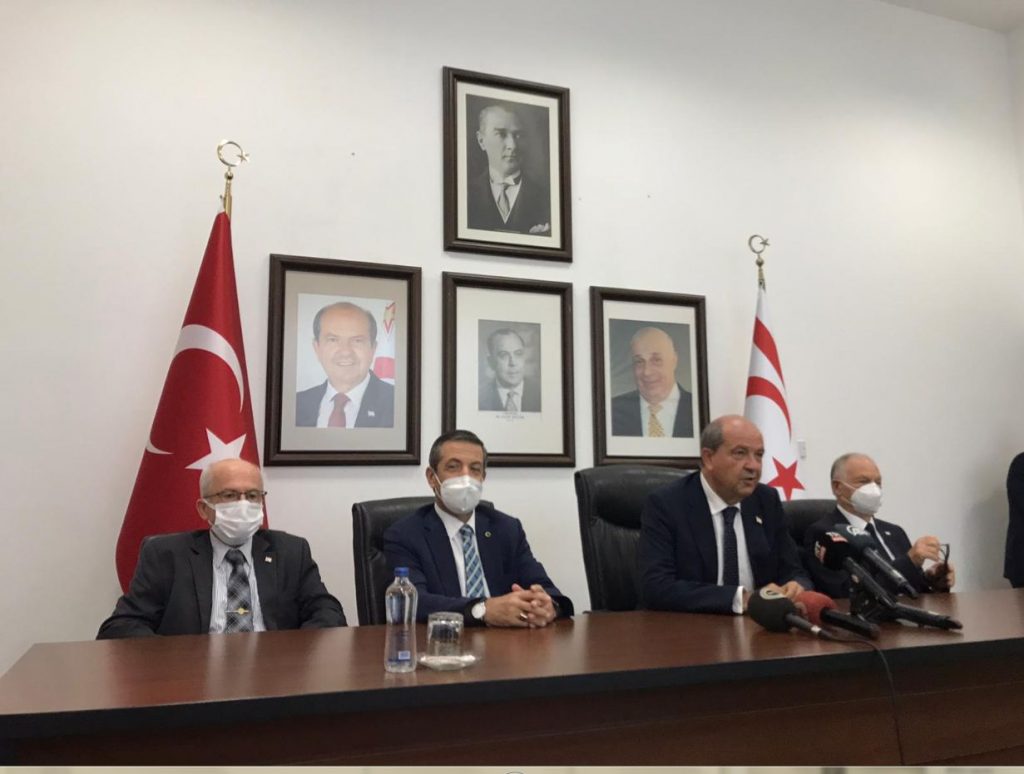 TRNC President Ersin Tatar said: “If our sovereign equality and international equal status are not registered, we will never enter a formal negotiation process. This is a clear stance, and no force can make us take a step back from this stance. This is a national issue.”

President Tatar held a press conference at Ercan Airport before departing for New York via İstanbul.

During his US contacts, Tatar will be accompanied by Foreign Minister Tahsin Ertuğruloğlu, Special Representative Ergün Olgun, Undersecretary of the Ministry of Foreign Affairs İsmet Korukoğlu, and Member of the Negotiation Committee Osman Ertuğ.

At the press conference held before his departure to New York with his delegation, President Ersin Tatar said that he would go to New York to hold meetings upon the invitation of the UN Secretary-General, and that he would also hold bilateral meetings there.

Tatar noted that they will stand behind the 6-point proposal which they put forward in their meetings with the UN Secretary-General and other meetings, adding that they will convey the new policy and the cooperation of two separate sovereign independent states living side by side in Cyprus.

Stating that they had left behind the federal solution policy, that Cyprus is not the old Cyprus, this geography is not the old geography, Tatar said that there is a completely different environment in Cyprus and the region, adding that the Turkish Cypriots were expelled from the partnership republic by force of arms in 1963, and although Turkish Cypriot people said “yes” in the referendum, the admission of the Greek Cypriot side to the EU further complicated the issue.

Stating that this is the essence of the issue and that they will explain this in the meetings with the UN and with other officials, Tatar said, “There are two separate states and people in Cyprus.”