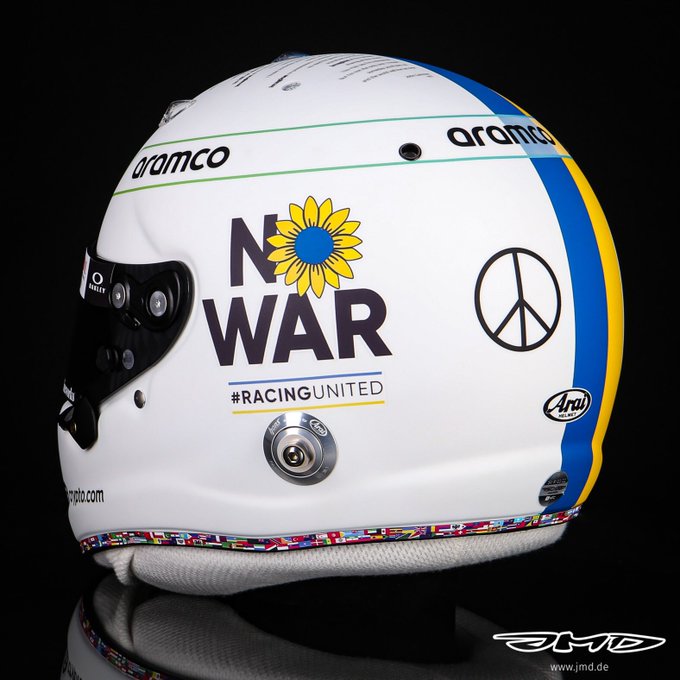 The 2022 season in Formula 1 will kick off with the Bahrain Grand Prix on 20 March. Vettel again took a pro-Ukrainian, anti-war stance on Thursday’s first day of pre-season testing in Bahrain.

The German pilot wore a helmet with the inscription “No to War” in the colours of the Ukrainian flag and a picture of a peace dove.

Turkish flag as well as the TRNC flag took part in the section with the country flags on the helmet.