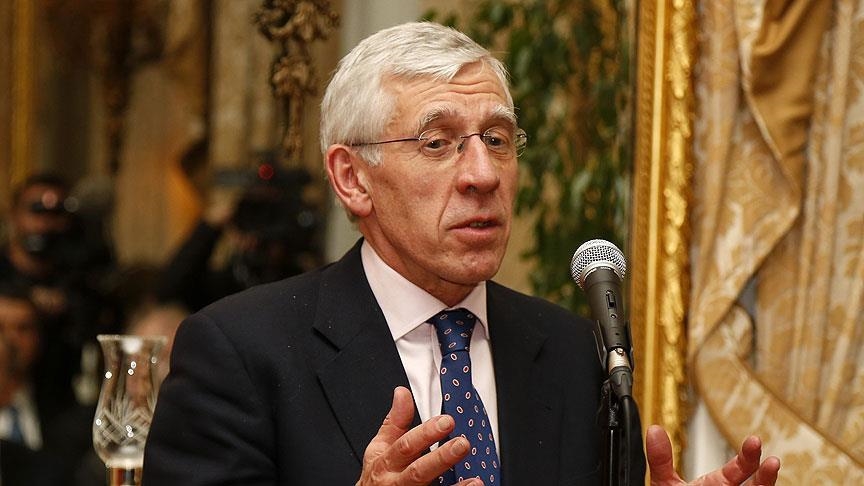 A former UK foreign secretary has advocated two-state solution as a key alternative in finding a settlement for the divided island of Cyprus.

Speaking to BBC Radio 4 late Tuesday, Jack Straw said he regretted the admission of a divided Cyprus into the EU in 2004, but has argued that a two-state solution could resolve the political impasse between the Greek south and the Turkish north.

“I became utterly convinced that there is no way in which the Greek Cypriots would, or could, agree to what amounts to power sharing with the north. The only way to get the Greek Cypriots to agree to share power would be if the alternative was on the table and that was partition of the island,” he said.

“As long as partition is not on the agenda then the Greek Cypriots have nothing to lose and everything to gain by simply sitting on the status quo – they are fine, they are members of the European Union, they also happen to be bankers to Russian oligarchs as well and no one rally challenges that.”

Straw disagreed with the assumption that a divided Cyprus would exacerbate tensions in the region, instead arguing that it would be better to create a two-state solution where the two communities could live side by side and in harmony.

According to him, the two-state solution would make it easier to deal with regional tensions surrounding the discovery of natural gas in Eastern Mediterranean.

The former foreign secretary said the creation of two governments on the island would allow for the opportunity to correctly and officially demarcate maritime boundaries in respect to hydrocarbon gas fields and prevent the two communities, as well as the wider region, in aggressively competing for natural resources.

“I think an awful lot of both the Turkish Cypriots and the Greek Cypriots wish to live in peace and harmony. Once each side has got its own government then that could happen. If you want any chance of there being an agreement on a single, federal government, bi-zonal, bi-communal, then the only way of concentrating the minds of the Greek Cypriots is to say to them ‘if you don’t agree to this then you’ll get what you probably don’t want’ which is a separate Turkish Cypriot state.”

After a military a coup by Greek Cypriot generals wanting to enact Enosis – a union with Greece – the Turkish Armed Forces intervened on the island in 1974 to protect the Turkish Cypriot community. Following the coup and Turkey’s successful intervention, the Turkish Republic of North Cyprus was formed.

The island has remained at a political impasse for nearly half a century with countless talks collapsing and the inability of the UN to negotiate an effective solution.

The statement comes as UN chief Antonio Guterres hosts discussions, which began on Tuesday, in Geneva on the divided island’s future.

President Tatar will meet with Guterres and Anastasiades
https://pio.mfa.gov.ct.tr/en/president-tatar-will-meet-with-guterres-and-anastasiades/

TRNC Presidency made a statement regarding the meeting of President Tatar with UN Secretary General Guterres in New York
https://pio.mfa.gov.ct.tr/en/trnc-presidency-made-a-statement-regarding-the-meeting-of-president-tatar-with-un-secretary-general-guterres-in-new-york/