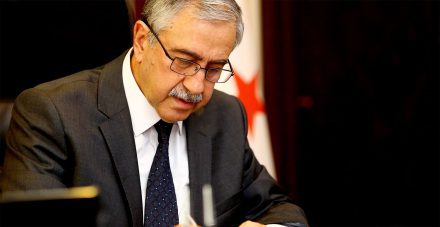 Akıncı issues a message of condolences for those who lost their lives during the explosion at the concert in Manchester, England

President Mustafa Akıncı extended his condolences for those who lost their lives during the explosion at the concert in Manchester, England. The message of President Akıncı is as follows: “We are deeply saddened to learn that 22 people have lost their lives and 59 people were injured following an explosion at a concert in Manchester, England. We wholeheartedly share the deep sorrow of the English people. Terrorist attacks in Manchester or any other part of the world are unacceptable. The loss of innocent lives has deeply saddened me and my people. A determined and sustained effort on an international scale is essential for fighting terrorism.”