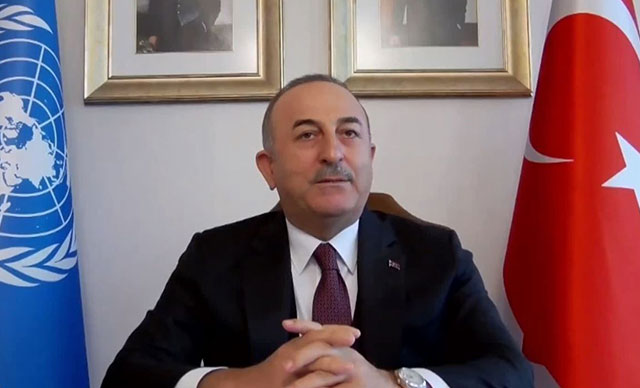 “Let me underline the need for the UN to seek the consent of the Turkish Cypriot authorities for the UN peacekeeping force on the island,” known as UNFICYP, said Turkish Foreign Minister Mevlüt Çavuşoglu.

Çavuşoğlu added “Furthermore, it should be recalled that the only occupation on the island took place in 1963, which in fact led to the deployment of the UN peace force in 1964,” referring to ethnic violence by ethnic Greek Cypriots on the island that forced Turkish Cypriots to withdraw into enclaves for their safety.

“It is against the UN’s own rules and principles that the Turkish Cypriot authorities’ consent was not obtained for the extension of the mandate,” said Çavuşoğlu adding that Turkey expects “the UN to rectify this situation … as soon as possible.”