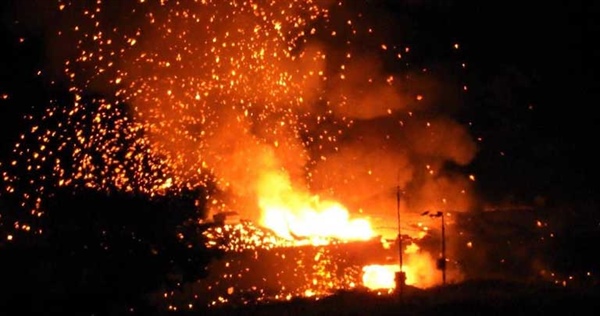 Cyprus Turkish Security Forces Command: “Security and safety of the incident area has been fully ensured, no loss of life”

Cyprus Turkish Security Forces Command made a statement about the sad incident that happened in our country this morning. (12/09/2019) The statement is as follows:

“An explosion occurred for an undetermined reason at around 1:30am in an ammunition depot belonging to the military zone in Girne.

Necessary measures were taken by the authorities of Turkish Cypriot Peace Forces Command and Security Forces Command, and the team of the Police, and Fire Department and Civil Defence by land, and Coast Guard boats by sea from 2am.

After the explosion, the fire was brought under control and the explosions stopped from 5am.  Environmental safety in respect of the incident area is fully ensured.

All necessary precautions have been taken as a result of the incident, where no loss of life has occurred, and an investigation committee has been established and enquiries have been started immediately to determine the cause of the explosion.”