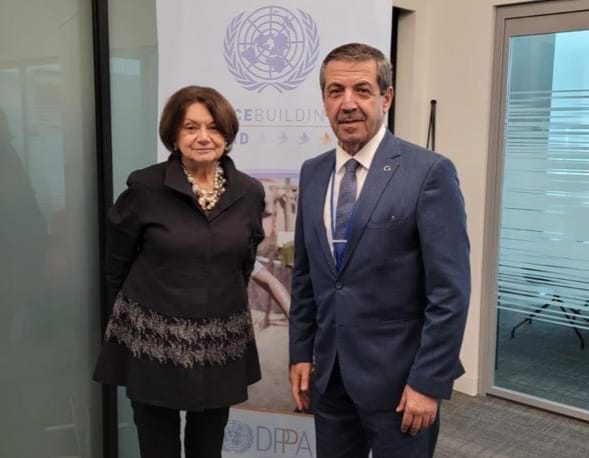 TRNC Minister of Foreign Affairs Tahsin Ertuğruloğlu, who is in New York on the occasion of the 77th United Nations (UN) General Assembly meetings, met with UN Under-Secretary General for Political and Peacebuilding Affairs Rosemary A. DiCarlo at the UN Headquarters.

During the meeting, Minister Ertuğruloğlu evaluated the latest developments regarding the Cyprus issue and conveyed the position of the Turkish Cypriot side to his interlocutor.