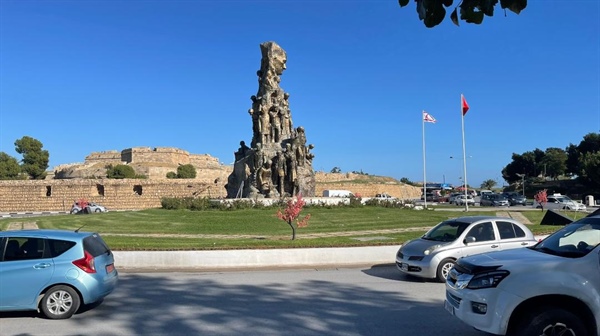 A Greek Cypriot was arrested after unfurling a Greek flag over the monument in Gazimağusa.

According to reports the 44-year old Greek Cypriot man who had crossed over to the TRNC as a tourist was spotted by passers-by as he was draping a Greek flag around a statue in Gazimağusa.

As people tried to intervene he tried to flee the scene with his car but was prevented by doing so. He was taken into police custody by police who arrived at the scene.