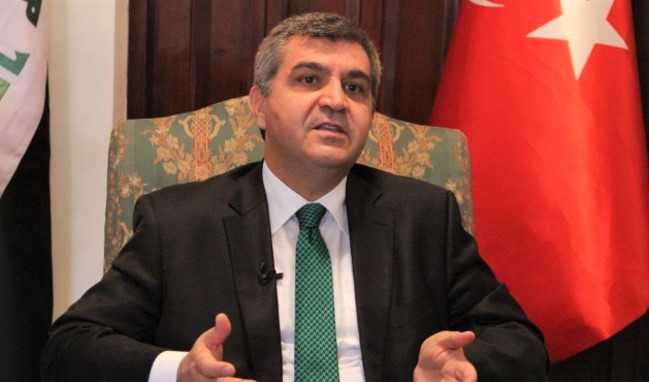 Kaymakçı: “Turkey is in Cyprus in accordance with the 1960 agreement”

Turkish Deputy Foreign Minister Faruk Kaymakçı stated that Turkey is in Cyprus in accordance with the 1960 agreement.

Kaymakçı gave answers to some European Deputies who made an accusatory speech regarding Turkey at the 78th meeting of the EU-Turkey Joint Parliamentary Committee (JPC) in Turkey.

Kaymakçı also mentioned that the allegation, regarding eight chapters not being prevented by the Greek Cypriots in Turkey’s accession talks, is not right.

Stating that the Turkish troops in Cyprus were described several times as “occupying power”, Kaymakçı said: “We have not occupied any place. We are in the TRNC in accordance with the 1960 agreement that gives us the authority to intervene. We are there not only for the Turkish Cypriots but also for the Greek Cypriots to live in peace”.

Underlining that Turkey is in Cyprus for peace and stability, Kaymakçı said that there should not be concern about the existence of the Turkish troops on the island as long as there is peace on the island. Kaymakçı also indicated that no one should claim unilateral rights about the Exclusive Economic Zone.

Regarding the hydrocarbon exploration activities in the Mediterranean, Kaymakçı said: “We said that we see energy as a matter of cooperation in 2005. We mentioned that Turkish Cypriots and Greek Cypriots should establish a joint committee on where, how to research and how they should be shared. This proposal is still valid, if unilateral steps are tried to be taken in the disputed area between the Turkish Cypriots and the Greek Cypriots or the island of Cyprus and Turkey rather than to find solutions and reconciliation, then we will have some problems. Responding to the statement of a deputy from the EU regarding “pain suffered under occupation,” Kaymakçı said: “If there is a side of suffering, it is the north part of the island on which the Greek Cypriot side imposed embargoes”