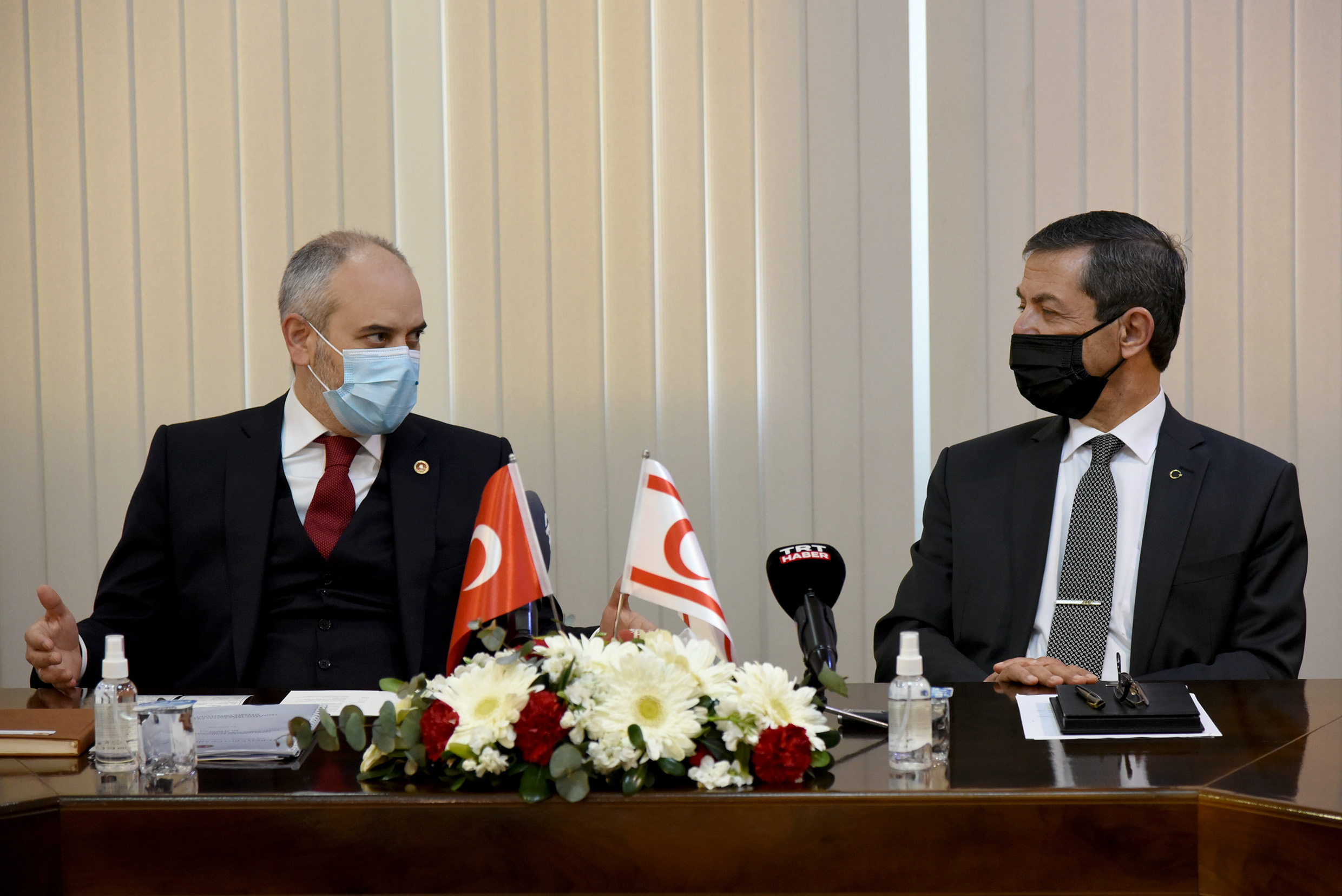 In his speech during the meeting, Minister Ertuğruloğlu expressed his gratitude for hosting the delegation in the country. Ertuğruloğlu pointed out the importance of the visit on 4th March in terms of the Cyprus issue when the UN Security Council with its resolution 186 dated 4 March 1964 created an obstacle to the achievement of a viable agreement that could be accepted by both sides through negotiations on Cyprus. Ertuğruloğlu also stressed that the United Nations accepted the Greek Cypriot side unilaterally to the UN General Council as a member country and sidestepped from being an organisation to help to solve the Cyprus problem. Adding that the visit is also very important, being prior to the 5+UN meeting to be held on 27 April 2021, Ertuğruloğlu said that the Cyprus cause is not only the cause of the Turkish Cypriots but also the cause of the Turkish nation.

Furthermore, Minister Ertuğruloğlu stated that the TRNC and Turkey will attend the 5+UN meeting with goodwill and will not relinquish from its state, sovereignty and sovereign equality.

AK Party, CHP, MHP and IYI Party members of the commission also expressed their support for the struggle of the Turkish Cypriot people and the TRNC.