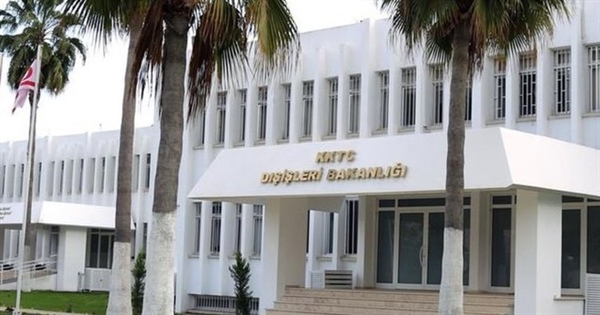 Ministry of Foreign Affairs: “Decisions taken by the European Union with regard to the Eastern Mediterranean during the March 2021 Summit disregards the rights of the TRNC and those of Motherland Turkey”

We deeply deplore to see that the decisions taken by the European Union (EU) with regard to the Eastern Mediterranean during the March 2021 Summit, as in its previous decisions, once again adopt the unfortunate approach that disregards the rights of the Turkish Republic of Northern Cyprus (TRNC) and those of Motherland Turkey.

We also observe that the EU continues to extend unconditional support to the Greek Cypriot Administration and Greece, under the pretext of “membership solidarity”. With these decisions, the EU confirms once again that it cannot be an impartial party. It is obvious that the EU, which failed to fulfil the promises it had extended to the Turkish Cypriots so far, cannot play a constructive role in resolving the Cyprus issue. Therefore, we consider that the EU has no place in the upcoming 5+UN informal meeting.

It is also obvious that the EU will not be able to adopt an impartial stance in any new processes that may commence after a possible common ground is found. Consequently, we see the EU’s request to appoint a representative to the Good Offices Mission of the UN Secretary-General with this perspective.

It should be remembered that all past negotiation processes failed due to the intransigent stance of the Greek Cypriot side, which spares no effort to maintain the status quo. Reference made by the EU to the outdated UN Security Council resolutions serves no purpose other than supporting the perpetuation of the status quo that benefits the Greek Cypriot side. It is essential for the EU to review its unrealistic position.

The EU also continues to overlook the provocative and illegal activities of the Greek Cypriot Administration in and around the island. Despite our constructive proposals aimed at creating cooperation in the Eastern Mediterranean, the EU continues to ignore the legitimate rights and interests of the TRNC and the Republic of Turkey, and does not contribute to stability and prosperity in the region. Stability in the region can only be restored if the legitimate rights and interests of our State and that of the Republic of Turkey is respected.  In this regard, the success of the possible multilateral conference to be held on the Eastern Mediterranean depends on the presence of the Turkish Cypriot side in the said conference.

The one sided decisions taken by the EU will not affect our commitment to protect our legitimate rights and interests in cooperation with Motherland Turkey. Taking a step back or a concession from our sovereign rights is out of the question.

As the Turkish Cypriot side, we emphasise once again that negotiations cannot be resumed from where they were left off and that we are ready for a sustainable agreement based on sovereign equality.