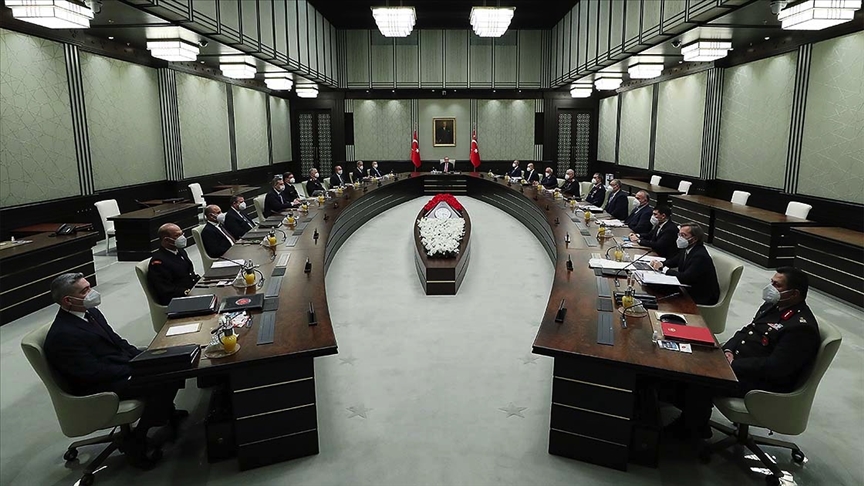 NSC: “Legitimate rights of the Turkish Cypriot people will continue to be defended”

The Cyprus issue has been mentioned in an announcement following the meeting of the National Security Council (NSC) under the Presidency of Turkish President Recep Tayyip Erdoğan at the Presidential Complex.

In the declaration, it was emphasised that “the insistence on denying the existence of the two communities and the two states on the island by ignoring the Turkish Cypriot presence in Cyprus, and the impositions of the parties that form the basis of the deadlock will never be accepted and the legitimate rights of the Turkish Cypriot people will continue to be defended”.

It was also pointed out that Turkey will make no compromises in respect of its will for resolving the problems in the Eastern Mediterranean on the basis of international law and equity, stressing that the cause of the tension was the rejection of dialogue and cooperation.