Oktay: “We give priority to the stable development of the TRNC” 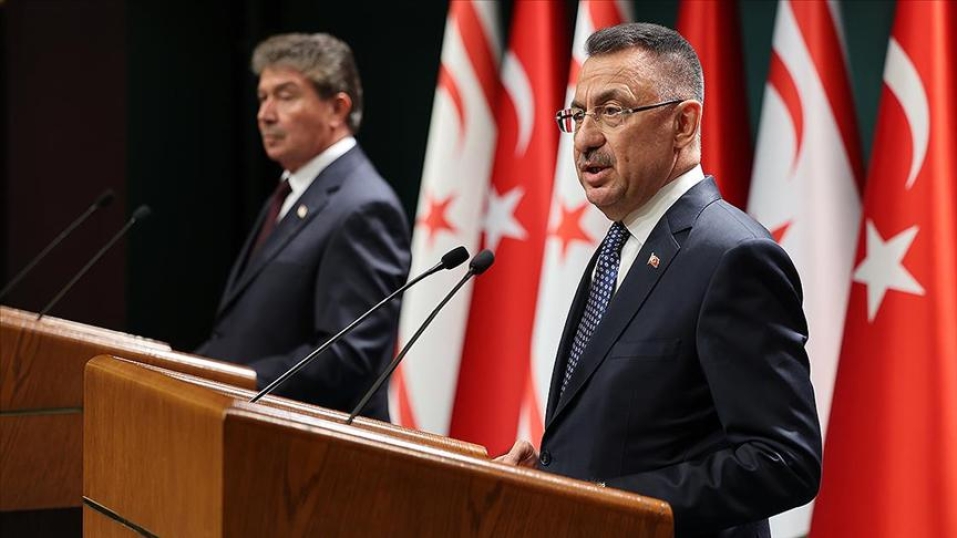 Prime Minister Ünal Üstel, who made his first official visit to Ankara after the establishment of the government, was received by Turkish President Recep Tayyip Erdoğan at the Presidential Complex after meeting with President of the Grand National Assembly of Turkey, Mustafa Şentop and then met with Turkish Vice President Fuat Oktay.

Üstel and Oktay held a joint press conference. Expressing that the latest developments regarding Cyprus were also evaluated during the meeting, Fuat Oktay stated that Türkiye will continue to fully support the vision based on the sovereign equality and equal international status of the two sides, which was put forward by the Turkish side in the last informal meeting held in line with the call of the UN Secretary General.

Emphasizing that their approach regarding the efforts to revive Maraş has not changed yet, Oktay stated that those who have been preventing the integration of Maraş with the island for years by rejecting all solution proposals, do not have the right to say a word about the work that the TRNC has done and will do here and reiterated that the rights of the property owners will be observed in all steps to be taken in Maraş.

Noting that they support the rightful reaction of the Turkish Cypriot side to the hydrocarbon activities carried out by the Greek Cypriot Administration unilaterally in the Eastern Mediterranean, Oktay said that both Türkiye and the Turkish Cypriot people have equal rights and legitimate interests in the Eastern Mediterranean, and that the provocative activities of the Greek Cypriot Administration will not remain unanswered.

Indicating that the work in all these areas will be carried out with sincerity and solidarity with the TRNC, Fuat Oktay stated that they will continue to stand by the TRNC.