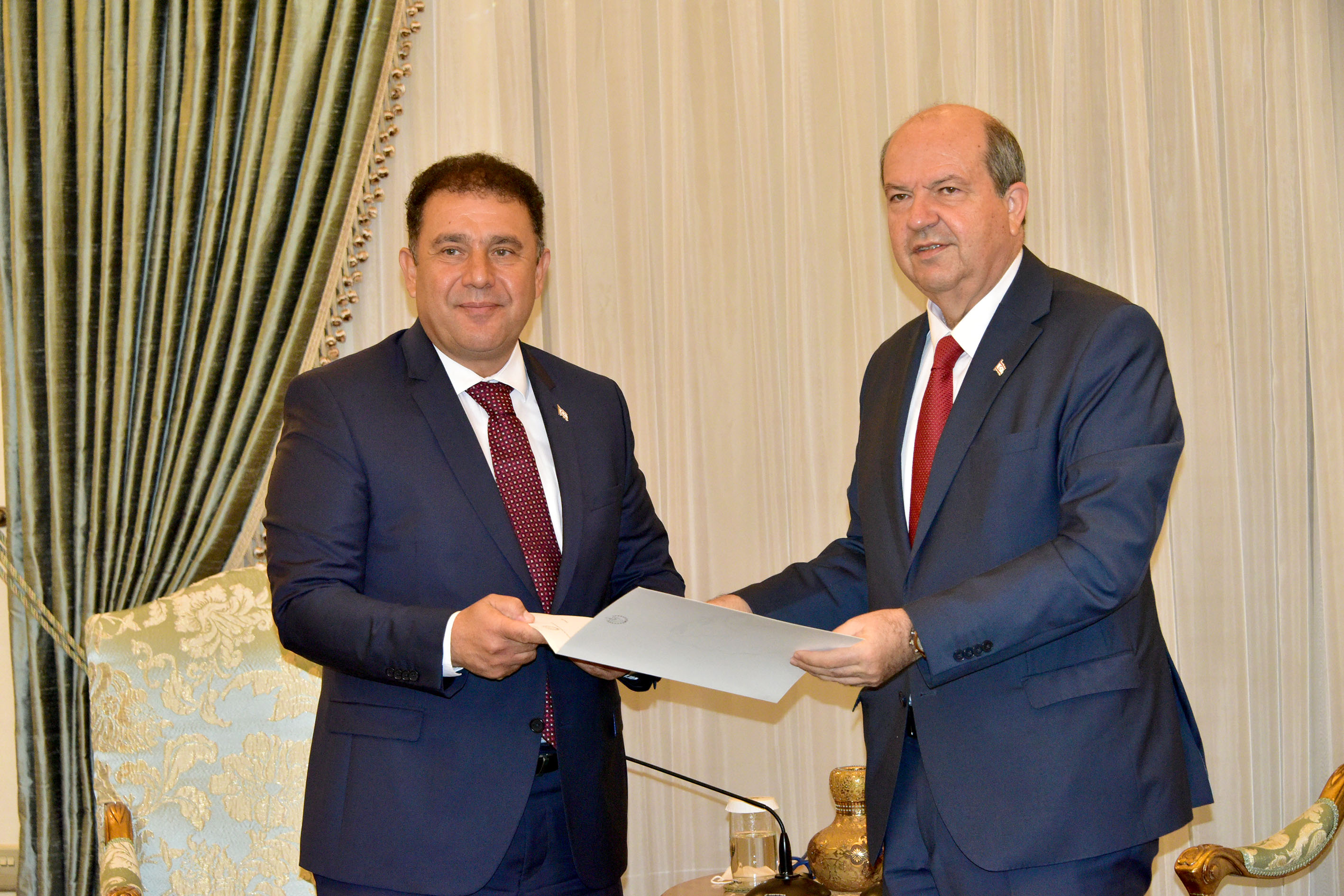 President Ersin Tatar received the Deputy Chairman of the National Unity Party Hamza Ersan Saner and gave him the duty of establishing the 42nd government of the TRNC.

At the meeting held at the Presidency, President Ersin Tatar gave Saner the duty of establishing the government, and said that he gave the Prime Ministry task to UBP Deputy Chairman and Gazimağusa Deputy Hamza Ersan Saner to form the Council of Ministers based on the authority given to him by Article 106 of the TRNC Constitution.

Tatar asked Saner to notify him of the result by doing what is necessary within the scope of Articles 106 and 108 of the TRNC Constitution, and wished that it would be beneficial for the country.

Pointing out that the task of establishing the government should be given to the UBP as a matter of tradition, as the party has the highest number of deputies in the Parliament, Tatar requested Saner to conclude the efforts to establish a government as soon as possible and wished him success.