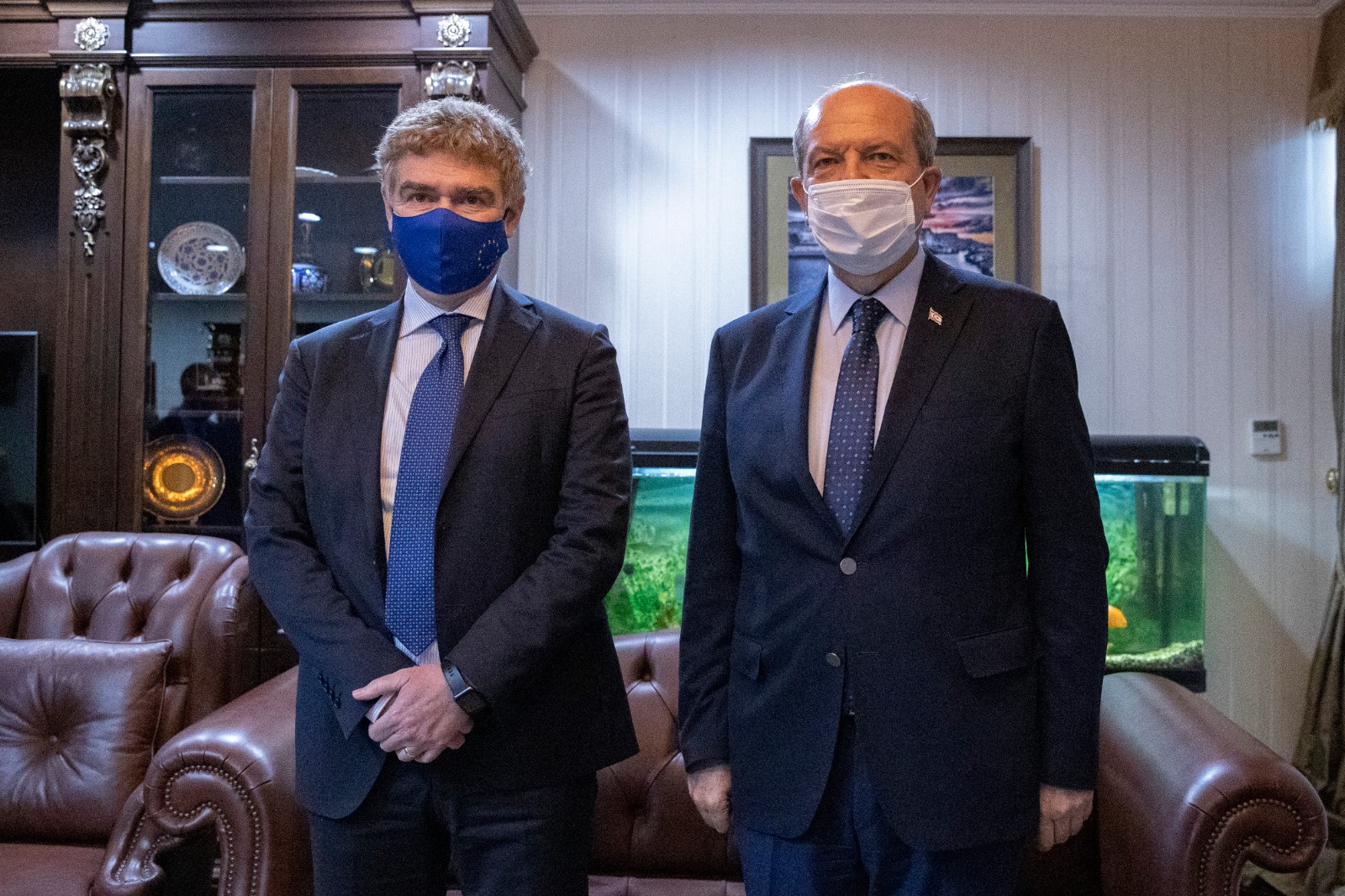 In the statement made by Presidential Spokesperson Berna Çelik Doğruyol, it was stated that President Tatar reminded of the decision taken by the EU Council on 26th April 2004 to lift the unjust and unfounded isolation and restrictions imposed on the Turkish Cypriots, following the Annan Plan, and demanded fulfilment of this commitment.

President Tatar stated that a solution, stability and cooperation in Cyprus can only be possible by respecting the fundamental rights of the two sides based on absolute equality, adding that the policy that the EU has been carrying out for years by ignoring the legitimate rights of the Turkish Cypriot side is one of the main obstacles to the solution, sustainable peace on the island and in the region. It was stated that he expected the EU to review its Cyprus policy and to respect legitimate rights for stability and cooperation.

Doğruyol stated that Tatar expressed his desire to develop relations with the EU with a new vision that respects the rights of Turkish Cypriots based on equality.