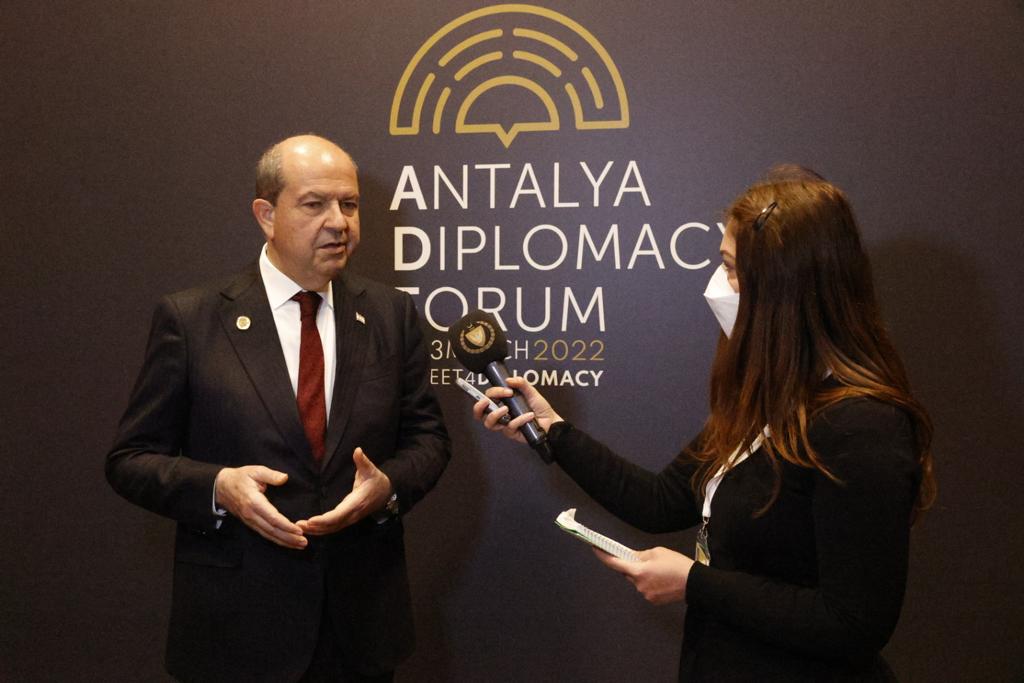 President Ersin Tatar on Sunday accused the Greek Cypriot side of using sports to underline hackneyed complaints after F1 driver Sebastian Vettel had a TRNC flag on his helmet.

Vettel removed the Turkish Cypriot flag from his helmet after the Greek Cypriot Automobile Association complained to the Federation Internationale de l’Automobile (FIA), but Tatar said the move showed the Greek Cypriot administration maintains its hostile attitude towards the flag even in a war environment where innocent civilians are killed and a human tragedy is experienced.

Speaking to the TAK news agency, Tatar said the Greek Cypriots used sports, a world language, as a tool for their political purposes and old complaints.

“This outdated mentality, which confuses politics with sports and fights for the continuation of unjust and inhumane isolation, cannot have a positive contribution neither to sports nor to a world humanity living in peace and brotherhood,” he said.

Tatar added that no political manoeuvre or step could change the fact that Turkish Cypriots have existed in Cyprus for hundreds of years in peace, freedom and security.

Referring to the Cyprus problem, he said the island had entered a new era, repeating his position in favour of a two-state solution in Cyprus based on sovereign equality.

He added that the Turkish Cypriot side will continue to advocate with determination its new policy based on the cooperation of two sovereign states and draw attention to the unjust and inhumane embargoes Turkish Cypriots are being subjected to.