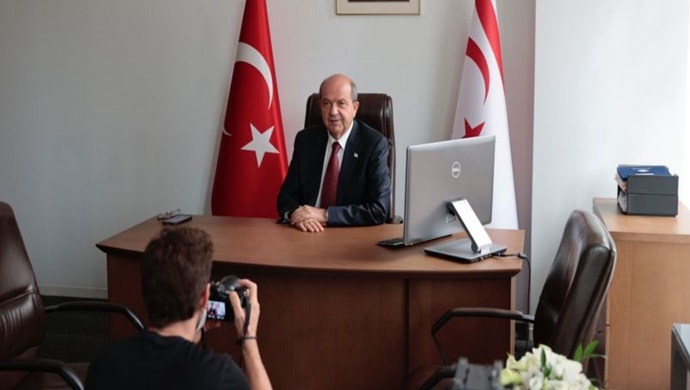 President Tatar spoke to France 24: “The agreement can be based on two separate states”

TRNC President Ersin Tatar expressed that he emphasised the two-state solution model during his contacts in New York.

President Tatar made evaluations on the Cyprus issue in his interview with France 24, the international news channel within the framework of his New York contacts.

Stating that he never moved away from the talks, President Tatar noted that he was ready to negotiate, but it was necessary to be realistic about the common ground.

Saying that “A realistic agreement can only be possible with an agreement based on two equal sovereign states”, President Tatar noted that the Turkish Cypriot side and the Greek Cypriot side are effectively separate and do not have any influence on each other’s lives.