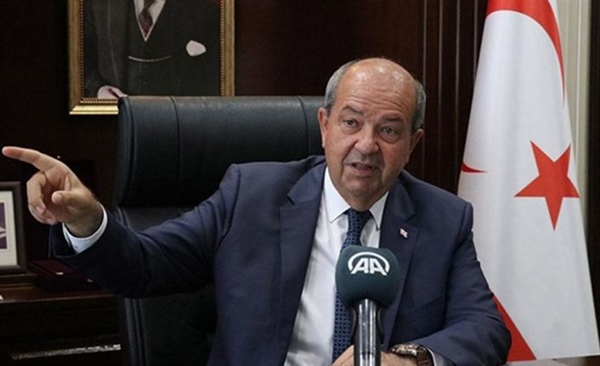 President Tatar: “There is no change in the Turkish Cypriot side’s position”

President Ersin Tatar said that there was no change in the Turkish Cypriot side’s position in favour of a two-state solution.

Speaking to Anadolu Agency (AA) correspondent before his upcoming departure to New York on Saturday, Tatar said that he will depart for New York with the Presidencial team, Minister of Foreign Affairs, Tahsin Ertuğruloğlu and other officials. Tatar stressed “I will be conveying to my interlocutors that there is no change in the positions tabled by the Turkish Cypriot side during the informal conference held in Geneva in April this year. We are resolute in the six-point proposal we presented which advocates for a solution based on sovereign equality and equal international status. This is a national struggle we are waging and any changes are out of the question”.

Tatar repeated his argument that there are two separate and equal peoples on the island, adding that all past attempts to reach a federal settlement have failed. He said that the Cyprus Problem can only be solved on the basis of a two-state solution.