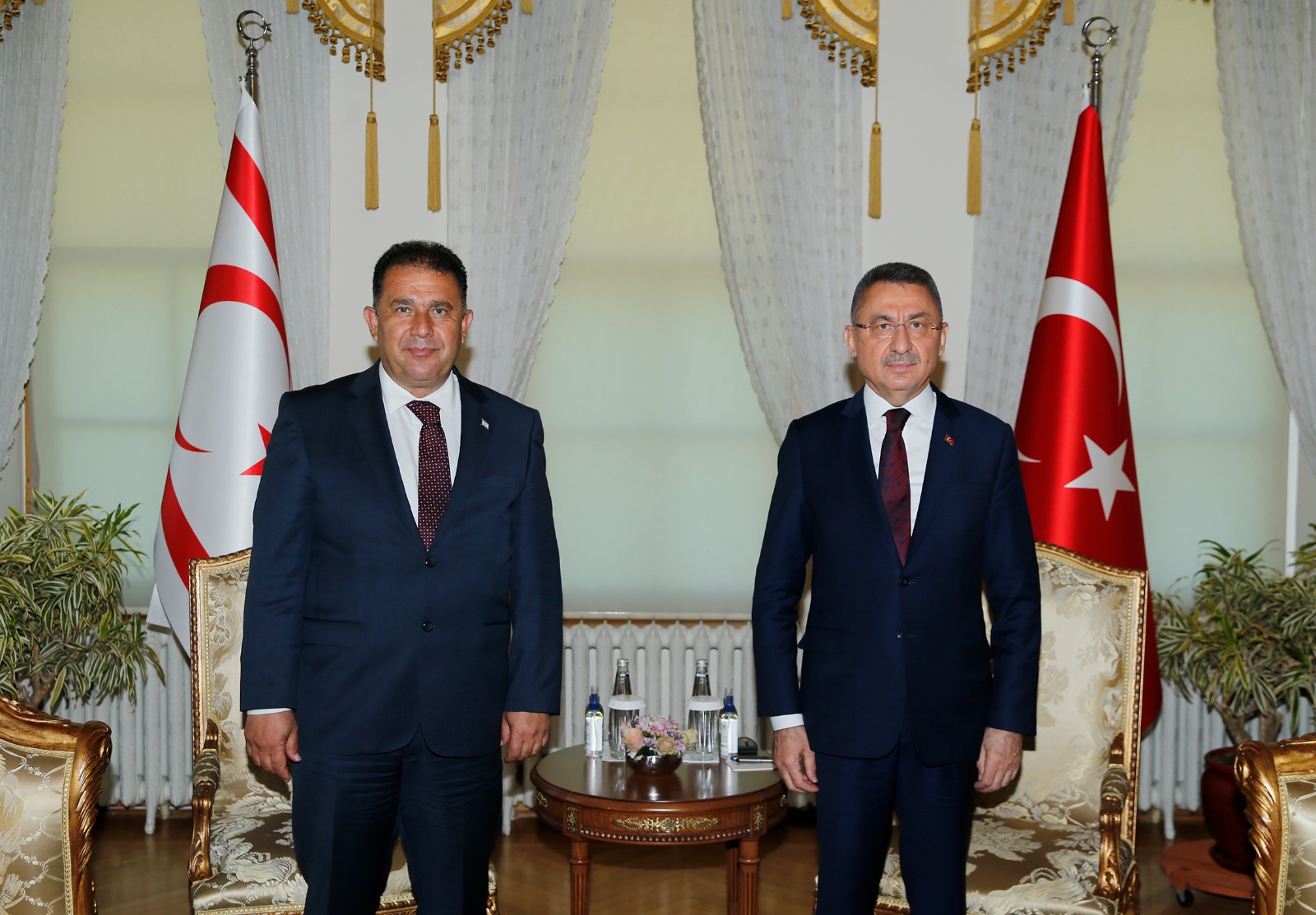 Prime Minister Ersan Saner who is holding contacts in Turkey presented 17 million TL aid collected as a result of the joint campaign of the government and non-governmental organisations to the Vice President of Turkey, Fuat Oktay to help those affected by floods and forest fires.

In his speech, pointing out the importance of the TRNC for Turkey, Oktay said that TRNC’s effective support is very valuable for them and thanked Prime Minister Saner for the aid.

Expressing that they support the TRNC’s steps for Maraş, Oktay said that these steps have been taken according to the international law without creating new grievances. Oktay stressed that Turkey will continue to protect both the rights of Turkey and the TRNC with determination.

Saner stressed that he had a fruitful meeting with the Vice President of Turkey. Expressing his sorrow for the floods and forest fires in Turkey, Saner said that motherland Turkey always supports the TRNC so we wanted to show our support and sent a team to the region.

Furthermore, stressing that the Turkish Cypriots cannot lose any more time in Cyprus, Saner said that they will continue their support for new efforts on the basis of sovereign equality.

“It is time to put an end to the world’s unjust attitude in favour of the Greek Cypriot side” the Prime Minister said.

He stated that they have taken ground breaking steps in Maraş and that they have opened the opportunity for former property owners to evaluate their properties with the exchange, compensation and return method.