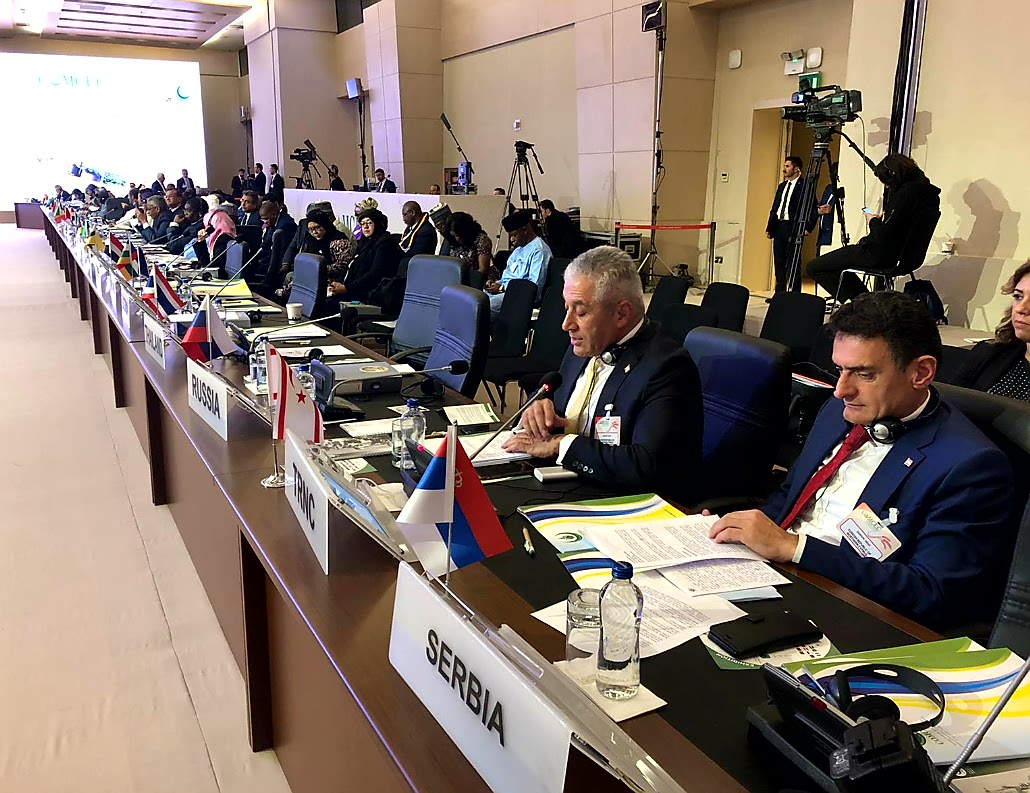 Taçoy: “Unilateral steps of the Greek Cypriot Administration will be responded to in the Eastern Mediterranean”

In his speech at the meeting of OIC Standing Committee for Economic and Commercial Cooperation (COMCEC), Minister of Economy and Energy Hasan Taçoy stated that the unilateral steps of the Greek Cypriot side will be responded to in the Eastern Mediterranean.

Pointing out that the TRNC is still continuing to be exposed to unjust isolations, Taçoy stressed that when it is considered that the Eastern Mediterranean is an energy area, as well as the vision of 2035, the issue of energy is high on the agenda and added “We are taking important steps to protect the rights of Turkey and the Turkish Cypriots in the Eastern Mediterranean”.

Furthermore, Taçoy stressed that any project which disregards the rights of Turkey and the Turkish Cypriots will not be put into practice.