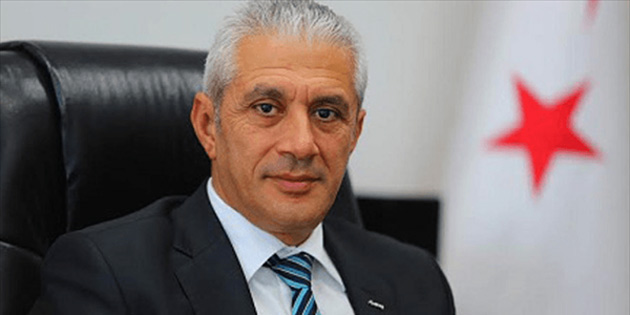 Taçoy : “We will always defend the rights of Turkey and the TRNC”

TRNC Economy and Energy Minister Hasan Taçoy gave a speech at the opening of the 10th Turkey Energy Summit entitled “Building the Future”.

Mentioning that in spite of all the warnings, the Greek Cypriot administration has continued to give permission to search at the parcels in which the TRNC has a right in the Eastern Mediterranean, Taçoy stated that Yavuz will carry out drilling works at parcel 7.

We will defend the rights of Turkey and the TRNC for all time. Those who think the TRNC is alone and underestimate the power of Turkey, will receive their answers in the language they understand.

Taçoy said: “The stance of the TRNC regarding the threat of the Greek Cypriot side to arrest the employees of the Yavuz vessel is clear. During the US Secretary of State Mike Pompeo’s visit to Greece, regarding the drilling activities of Turkey, Pompeo stated that no country can hold Europe in pledge. Doesn’t Mr. Pompeo know that the Greek Cypriots and the Turkish Cypriots are equal? We have to respect each other’s rights in the maritime areas. It is not difficult to make the Eastern Mediterranean a sea of peace. For this to happen some powers have to give up spoiling the Greek Cypriots.”

Çavuşoğlu: “Turkey and TRNC ready for sharing and cooperation” 7 July
TRNC Ministry of Health stated the decisions for entry and departure from the TRNC 6 July
President Akıncı had a telephone conversation with Borrell 2 July
Tatar requested Anastasiades to “create cooperation and agreement with Turkish Cypriot side” 2 July