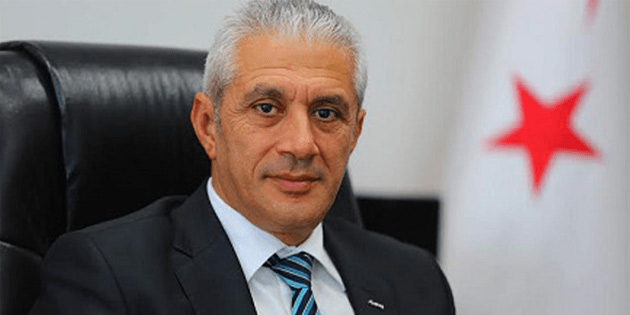 Taçoy: “You will learn to share and respect the right”

Stating that the Greek Cypriot side indicated an aggressive policy following the agreement between Turkey and Libya, the Minister of Economy and Energy Hasan Taçoy said that these efforts are futile and they (Greek Cypriots) will learn to share and respect the right.

Making a statement to Demirören News Agency, Taçoy said: “We have always stressed that by usurping Turkey’s and the Turkish Cypriots’ rights in the Eastern Mediterranean and in Cyprus, no one can reach anywhere and this is also contrary to the international law.

“All balances have changed in the Eastern Mediterranean after the proactive policies of Turkey. All challenges of the Greek Cypriots are in vain. The relevant states began to understand the Greek Cypriots’ game behind the scenes. Following the agreement with Libya it has been obvious that any conclusion cannot be reached at the Eastern Mediterranean considering the present Greek understanding.” Taçoy said.