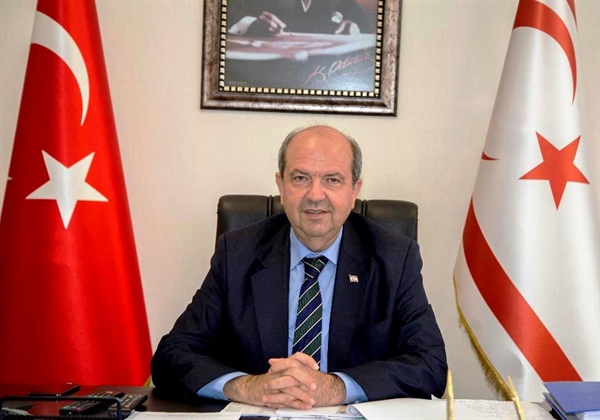 Tatar: “Dreams and wrong policies of Greek politicians regarding Cyprus will not change”

Prime Minister Ersin Tatar stated that it was proved once more that the dreams and wrong policies of Greek politicians regarding Cyprus will not change. Tatar evaluated the statement of Greek Prime Minister Kyriakos Mytsotakis following his first official visit to South Cyprus. Tatar said that Mytsotakis ignored the historical facts when he demanded the end of the Turkish invasion as the highest strategic demand of Greek foreign policy.

Tatar added that Mytsotakis should not forget that his father, the former Greek Prime Minister Konstantin Mytsotakis, who escaped from the junta regime, could only return to Greece after the fall of the Junta regime as a result of Turkey’s intervention in Cyprus.

Furthermore, referring to the claim of the Greek Prime Minister that the solution of the Cyprus problem was meaningless without the lifting of the outdated guarantees, Tatar said “Contrary to Mytsotakis, the majority of the Turkish Cypriot people consider that the active and effective guarantee of Turkey is our only guarantee. We do not trust any other system. Therefore, the desire of Greece to take Turkey out of Cyprus is not only evil-minded but also does not coincide with the expectations of the Turkish Cypriot people”.