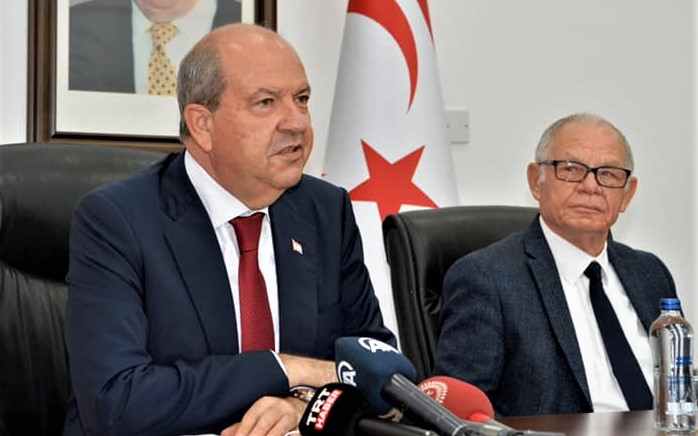 Tatar makes statement at Ercan Airport before departing for Brussels

President Ersin Tatar will be meeting with the UN Secretary-General Antonio Guterres in Brussels today (25th June 2021).
Speaking to reporters at Ercan airport on Thursday morning (24th June) before departing for Brussels, Tatar repeated his view that any new negotiations on the Cyprus issue must be for a two-state solution based on sovereign equality and the cooperation of the two equal states.
“It is clear that an agreement will not be reached in Cyprus as long as the talks are not carried out between two equal states,” he said.
“Our position is clear. We demand that our equality and international equal status are recognised. The TRNC will continue to exist with its institutions and establishments.” Tatar added that the Turkish Cypriot side was expecting the UN Secretary-General Antonio Guterres to grant Turkish Cypriots their rights and to be fair.
Reminding that Turkey fully supported the Turkish Cypriot side on this issue, Tatar said the Turkish Cypriot side’s policy was clear and an official negotiation process can resume if the equality of both sides is established.