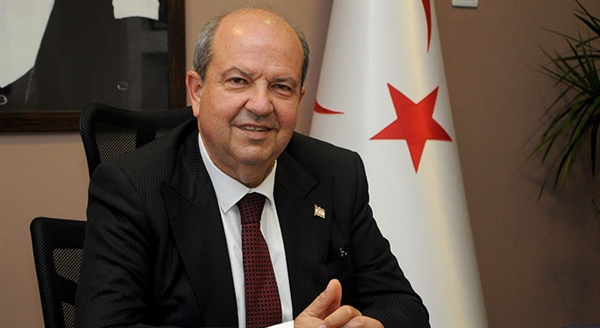 In his statement to the Sunday Express newspaper, published in the UK, Prime Minister Tatar expressed his demand to start direct flights to London to support 20,000 British citizens living in North Cyprus and to develop the TRNC’s economy and tourism sector.

Tatar stressed that Brexit is a good opportunity to end the deadlock on the island. Pointing out that the efforts which have been continuing for 45 years for reaching a federal solution in Cyprus have failed and a “forced marriage” cannot be successful, Tatar said “We are different. We speak Turkish and they speak Greek. We are Muslims and they are Christians. New generations do not recognise each other. The UK has been separated from the European Union so we can use this opportunity to help the Turkish Cypriots”.

Stressing that the tourism sector can develop by starting direct flights to the UK, Tatar said that more than 300,000 Turkish Cypriots live in the UK. Many people come to the TRNC from the UK. Direct flights can make great contribution to the economy and competitiveness can also increase.

Furthermore, in his statement to the Sunday Express, Tatar said “We have to work for the future. The efforts spent for years for a federal solution have failed. We believe that we can solve the Cyprus problem by a two state solution in Cyprus. In the event of reaching an agreement, the TRNC is ready to decrease its own territory from 36% to 30%. Joint committees can also be established to administrate the natural gas”.