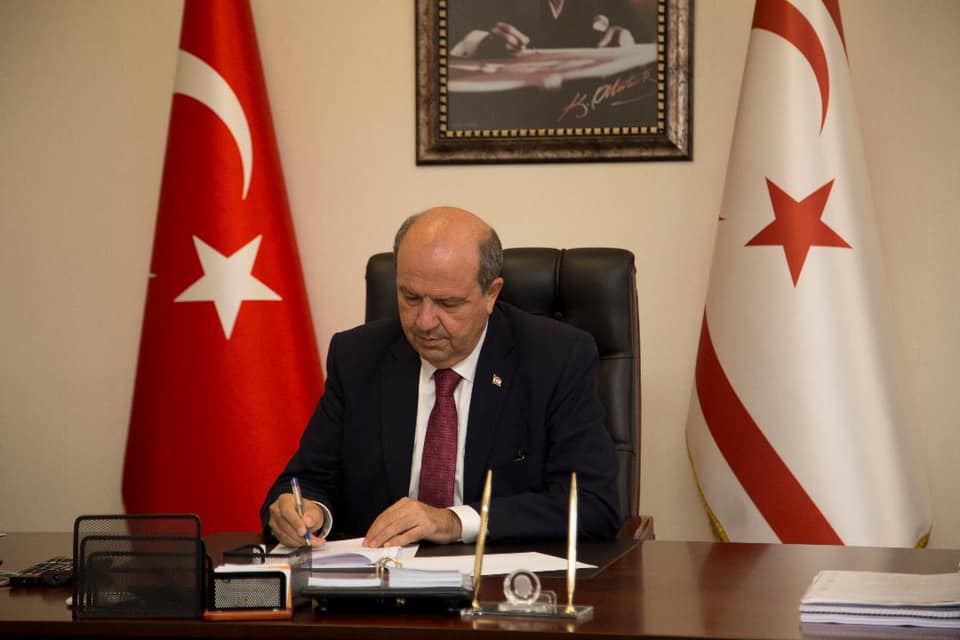 Tatar: “We will always support the steps taken by Turkey”

Stating that Turkey has to stop the game that Greece and Egypt are playing in the Mediterranean, Prime Minister Ersin Tatar said that the TRNC will always support the steps taken by Turkey.

In his written statement, Tatar drew attention to the fact that those who prevent the Eastern Mediterranean from turning into a “sea of peace, prosperity and cooperation” are Greece, Egypt and the forces behind them that have frustrated every kind of peaceful initiative.

“Turkey stopped drilling operations of Oruç Reis some time ago upon the request of Germany and the EU in order to give a chance to diplomacy and revive dialogue channels. However, Turkey’s goodwill gestures were in vain.

Greece has shown, with the illegal agreement made with Egypt on 6 August 2020 that she is not sincere and honest about the issue of dialogue. The sole purpose of this agreement is to defuse the agreement which was signed between Libya and Turkey on the issue of the continental shelf in the Eastern Mediterranean. Needless to say, Turkey could not let that happen, and did not. Oruç Reis resumed the previously planned seismic research activity as of 10th August.

The objections made by Greece to Turkey’s actions have no legal basis.

As the Government of the Turkish Republic of Northern Cyprus we will always support the steps taken by Turkey.

NATO and the European Union should not make mistakes, they should act objectively in order to find an equitable solution in the region.”

Erdoğan: “Turkey will not allow blackmail and banditry in the Eastern Mediterranean” 18 September
Letter from Özersay to Pompeo and Esper 18 September
Turkish Ministry of Foreign Affairs: “Political equality should be recognised in advance by the Greek Cypriot side for the new negotiation process to start on the island” 18 September
Winter office hours to start in public offices on Monday 21st September 18 September