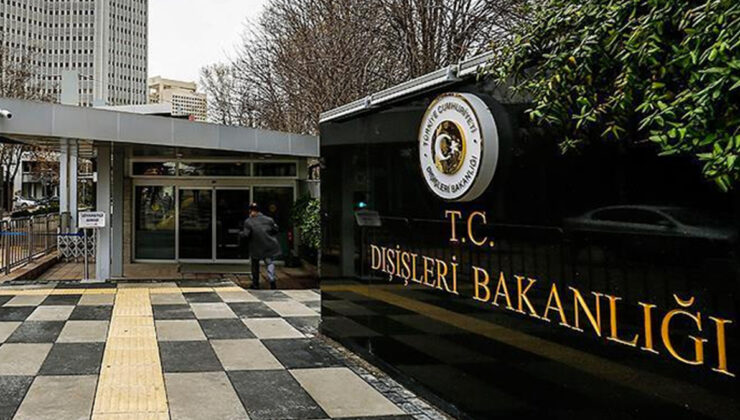 Turkish Foreign Ministry: “No initiative excluding Turkey and TRNC will succeed in the Eastern Mediterranean”

The Turkish Foreign Ministry made a statement concerning the joint declaration published after the trilateral summit held on 19th October 2021, in Athens, with the participation of the leaders of Greece, Egypt and the Greek Cypriot Administration and said “We have proven to friends and foes alike that no initiative excluding Turkey and TRNC will succeed in the region.”

According to the written statement from the Ministry, it was noted that the declaration is a new manifestation of the hostile policies of the Greek/Greek Cypriot duo towards Turkey and the TRNC. The participation of Egypt in this declaration on the other hand is an indication that Egypt has not yet grasped the real address that it can cooperate with in the Eastern Mediterranean.

It was added in the statement that Turkey supports energy projects that will enhance cooperation among the countries in the region. However, these projects should not ignore the rights and interests of Turkey and the Turkish Cypriots and they should be inclusive.

In the statement, it was emphasised that contrary to the allegations in the declaration, the main source of tension in the region is the Greek/Greek Cypriot duo’s maximalist and unlawful maritime jurisdiction area claims and their total disregard of the Turkish Cypriots. The necessary response was given to the recent attempts of this duo aiming to violate Turkey’s continental shelf in order to increase tension in the Eastern Mediterranean and added that Turkey will continue to resolutely protect the rights of Turkey and the Turkish Cypriots.

It was stated that the statement made by the TRNC Ministry of Foreign Affairs regarding the joint declaration was supported, and the following was noted: “An understanding that rejects the realities on the Island could not contribute to the settlement of the Cyprus issue. We remind once again that a new negotiation process will not be possible unless the sovereign equality and equal international status of the Turkish Cypriot people are reaffirmed.

Besides, the fact that these countries which caused Libya to be driven into instability by supporting certain illegitimate groups, are now targeting the Memoranda of Understanding that we signed with the legitimate government of Libya, is first and foremost an act of disrespect to Libya’s interests and sovereignty.”