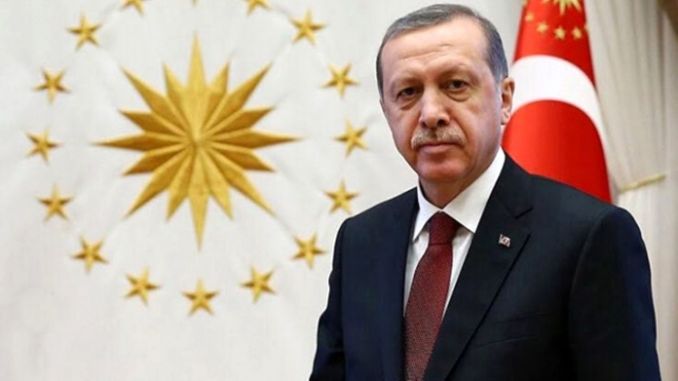 Turkish President Erdoğan: “We are open to any offers based on cooperation and fair sharing in the Eastern Mediterranean”

In his interview with a magazine, Turkish President Recep Tayyip Erdoğan stated that Turkey follows an active strategy with Libya in the Eastern Mediterranean and answered the question “How is Turkey’s perspective on developments here?”

Erdoğan said “Some countries, including our neighbours, entered into an unacceptable process to inactivate Turkey in the Eastern Mediterranean and to usurp the rights of the TRNC and Turkey in the region. We repeatedly stressed that it was wrong and against the law. We stated that we are committed to protecting the rights and laws of Turkey. We started to conduct seismic surveys in the fields of our country by sending our two drilling vessels. I say it clearly; we do not want tension in the Mediterranean, which has been a cradle to different civilisations throughout history. On the contrary, we believe that the hydrocarbon resources thought to exist here are an opportunity for the whole region. Our door is open to any offer based on cooperation and fair sharing. We are ready to work with everyone on the basis of these principles.”