Ambassador Ömüraliyev: “Turkish Cypriots are an “indispensable part” of the Turkic world” 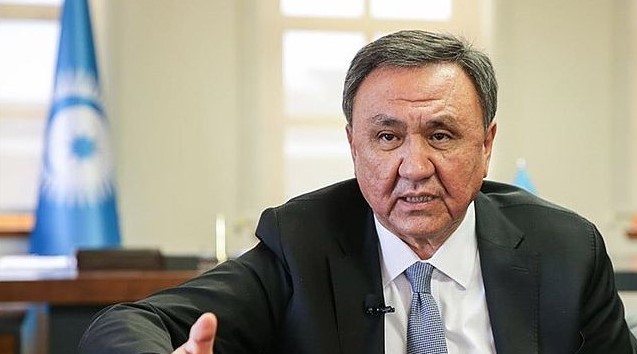 The Secretary-General of the Organization of Turkic States (OTS), Ambassador Kubanıçbek Ömüraliyev said that accepting the Turkish Republic of Northern Cyprus (TRNC) as an observer state is an important step to bring the Turkish states closer and gave out an important message to the world.

Ömuraliyev, who was appointed as the Secretary-General of the Organization of Turkic States by the Council of Heads of State during the 9th Summit of OTS held in Samarkand on November 11, made evaluations to Anadolu Agency (AA) for the first time.

OTS Secretary-General Ambassador Ömuraliyev emphasized that the Turkish Cypriots are an “indispensable part” of the Turkic world.

Ömüraliyev also underlined that they will continue to cooperate for peace, stability, and development of the TRNC at the global level.