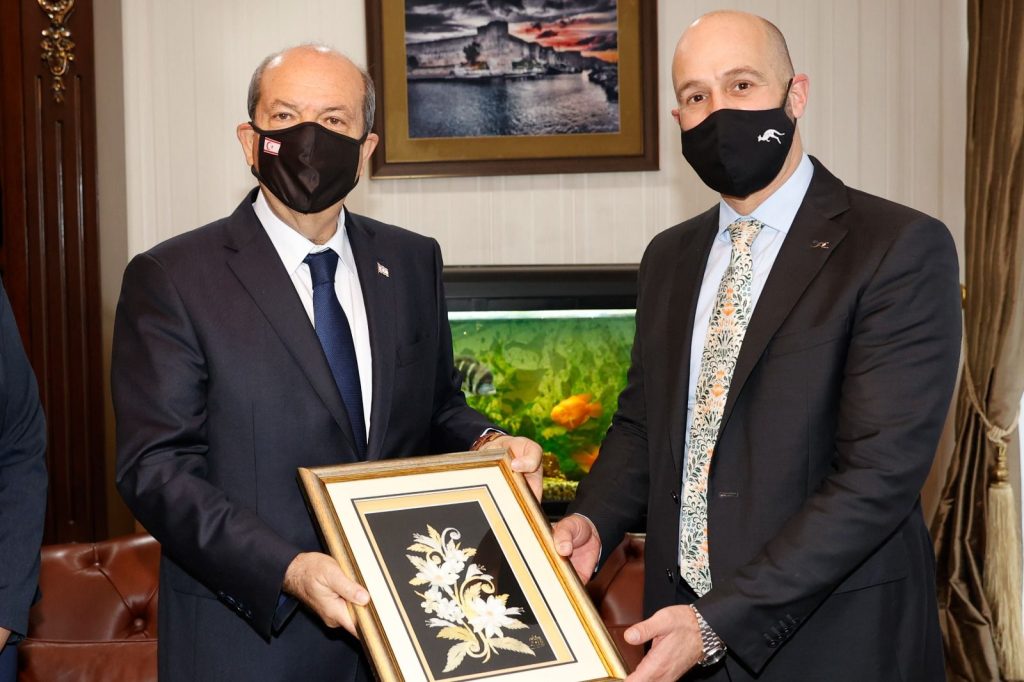 According to the information of the TRNC Presidency, President Ersin Tatar explained the position of the Turkish Cypriot side in relation to the Cyprus issue during the farewell visit of Beever to the President.

President Tatar said that the way to sustainable peace and stability in Cyprus is official negotiations based on the equal sovereignty and equal international status of the Turkish Cypriot co-owners of the Island, and that an agreement based on the cooperation of the two states can be fair and realistic.

President Tatar noted that the negotiations for reaching an agreement on the basis of equality resulted in failure due to the numerous rejections of the Greek Cypriots and pointed to the embargo imposed on Turkish Cypriots on issues such as direct trade and direct flights. Referring to former UK Foreign Secretary Jack Straw, President Tatar reminded that Straw is a strong advocate of a two-state-based agreement in Cyprus.