The 34th anniversary of the Turkish Republic of Northern Cyprus (TRNC) was celebrated on November 15th, 2017 with dignity, pride and yet a touch of sadness.

I have a personal stake in the Cyprus issue since in 1974; I was an air crew in No. 6 Squadron of Pakistan Air Force, which was detailed to take medical aid to Ankara on a number of missions after Turkey intervened to rescue Northern Cypriots. 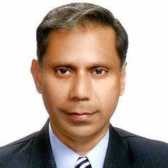 Separate meetings with the current President of TRNC, Mustafa Akinci and a detailed briefing by Minister of Foreign Affairs Tahsin Ertugruloglu provided not only an insight into the apparently intractable dispute with varied approaches to resolve the issue.

The strategic location of Cyprus, an Eastern Mediterranean Island, surrounded by Turkey, Syria, Lebanon, Israel, Egypt and Greece makes it lucrative for world and regional powers. Its ancient history, dates back to the 10th millennium BC and has changed many hands, ranging from Mycenaean Greeks, Assyrians, Egyptians, Persians, Macedonians, Romans, Arabs, French, Venetians and finally the Ottomans for over three centuries, till Cyprus was annexed to Britain in 1914.

In the 1950s, Greek Cypriots sought independence through violent means. Turkish Cypriots were used by the British to maintain law and order thus undercurrents of ethnic rivalry turned to animosity by the Greek Cypriots. (Deja vu of the divide and rule policy of the British in India.) Cyprus gained independence in 1960, with a power sharing formula between the Greek and Turkish Cypriots but not before Britain extracted an agreement ensuring the retention of two Sovereign tri-service military bases at Akrotiri and Dhekelia.

Trouble soon brewed after the coalition collapsed in 1963. Programmed ethnic cleansing of Turkish Cypriots to force them into accepting the role of a minority continued for 11 years. Tales of barbarism and genocide resound even today.

On July 15, 1974, a coup d’etat was staged by Greek Cypriots with support from Greek military junta in an attempt at enosis. This action propelled Turkey on July 20 to exercise its right as a guarantor nation within the parameters of Article 4 of the 1960 Cyprus constitution to intervene in Cyprus and stop the massacre of Turkish Cypriots. About one third of Cyprus, currently Northern Cyprus was liberated till a ceasefire was invoked.

The Greek military junta collapsed and Archbishop Makarios regained power. Overtures by the guarantors: Britain, Turkey and Greece to hold talks in Geneva to restore the 1960 Constitution and the joint rule of Cyprus by both protagonists, the Greek and Turkish Cypriots, failed owing to obduracy of Greek Cypriots of accepting the Turkish Cypriots only as a minority.

The division of the island ended the massacres but international opinion, which had welcomed the Turkish intervention and had been upheld as legal by the UN, began to be questioned by various humanitarian organisations. It was propagated by Greece and its allies that the continued presence of Turkish troops in Northern Cyprus is tantamount to being an occupation force; oblivious to the peril that if Turkey removes its forces, in the absence of regular armed forces in the North, Greek Cypriots would overrun TRNC.

Various formulas proposed by different UN Secretary Generals failed to bring any amicable solution. In a referendum in April 2004, the prima facie reasonable Kofi Annan plan was accepted by Turkish Cypriots but rejected by Greek Cypriots. To make matters worse, on May 1 2004, the EU, in a violation of its own principles of justice and humanitarianism, confirmed the membership of Cyprus, which effectively makes Greek Cyprus reap all benefits while TRNC is embargoed and prohibited from directly trading with any other country, receive direct flights or ships or even participate or host sporting events.

Deprived of exploiting its tourist or mining potential, TRNC has concentrated on developing 16 world class universities, which earn it revenue otherwise Turkish magnanimity even for clean drinking water supplied from mainland Turkey via undersea pipes sustains them.

With the failure of the latest round of the July 2017 Crans Montana talks, no apparent solution is visible. Greek Cypriots have nothing to lose but may like to continue the fa9ade of talks while fresh elections in both TRNC and Greek side may usher fresh ideas. It is for the Turkish Cypriots to decide which options they exercise to attain a just and equitable solution. We wish them a better future and attainment of their rightful place in the comity of nations.