Establishment of TRNC celebrated in Muscat 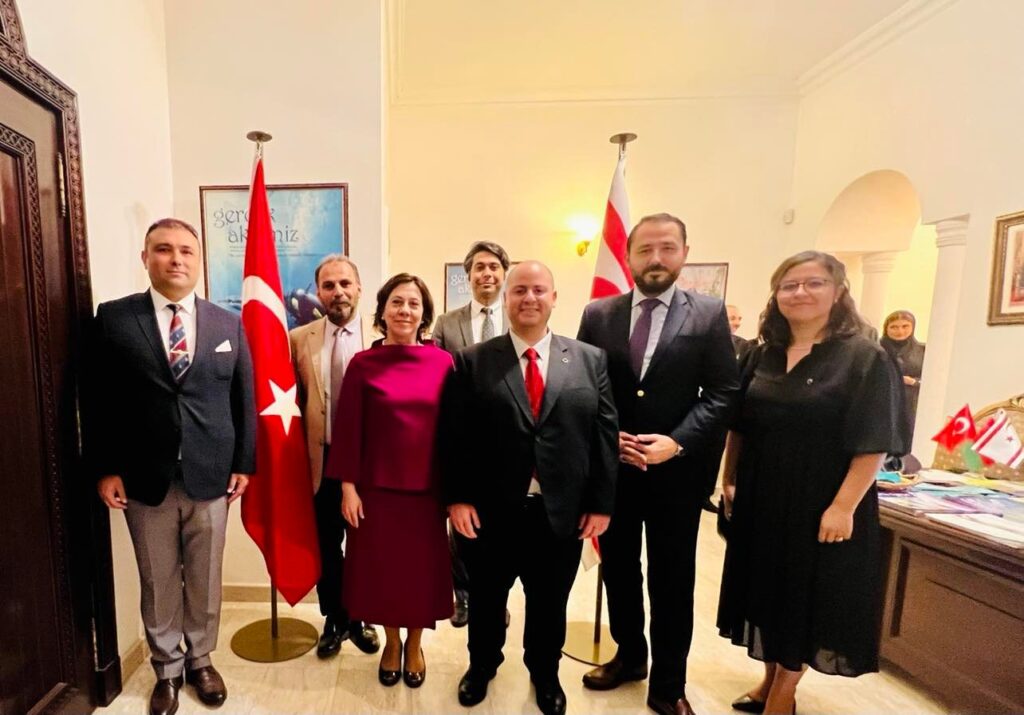 The 39th Anniversary of the Establishment of the Turkish Republic of Northern Cyprus was celebrated with a reception held in Muscat, the capital of the Sultanate of Oman.

The reception, organized by the Chief of Mission of the TRNC Muscat Representative Office  Mustafa Tunç, was attended by distinguished guests including the Ambassador of Türkiye to the Sultanate of Oman Ayşe Sözen Usluer, the ambassadors of various countries and members of diplomatic missions, senior officials, Omani students studying in the TRNC and Omani businessmen.