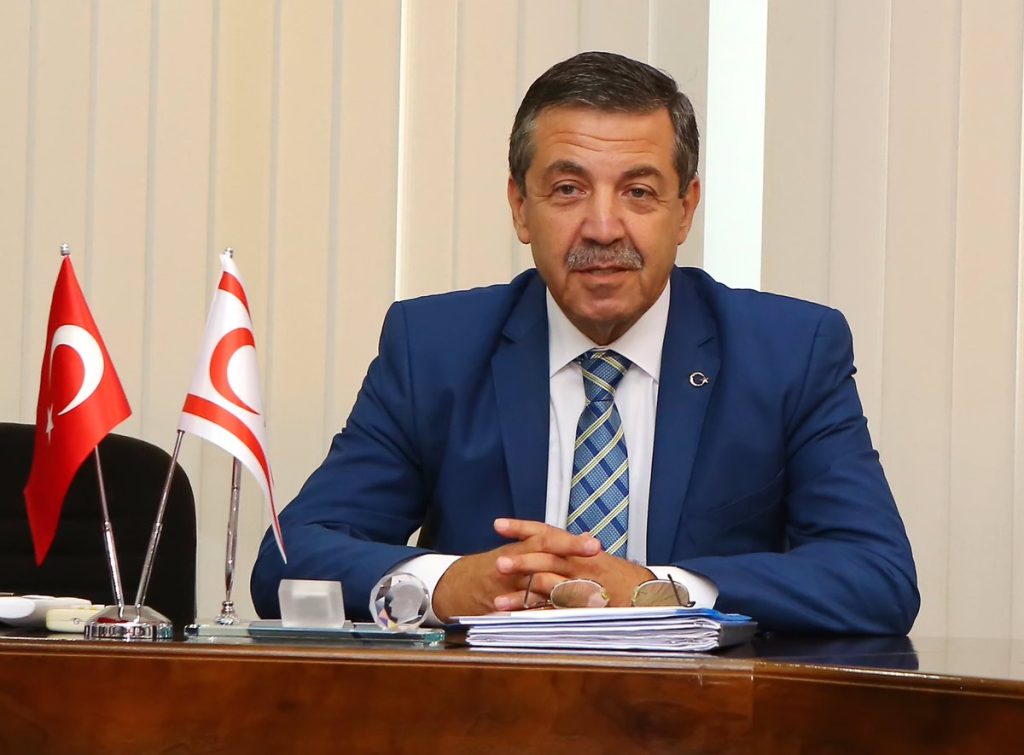 TRNC Minister of Foreign Affairs Tahsin Ertuğruloğlu stated that as the Turkish side, they came to a policy based on the existence of two separate states having sovereign equality and equal international status on the Island.

Minister Ertuğruloğlu made an assessment to the Anadolu Agency correspondent regarding the Cyprus issue and the reactions to his statements on the “recognition of the TRNC” during his visit to Pakistan.

Ertuğruloğlu argued that the claims made by some dailies that he did not want the recognition of the TRNC did not reflect the truth.

The Minister said that such claims were not convincing as he was someone who had dedicated his entire life for the recognition of the TRNC.

Explaining that the policy carried out by the Turkish Cypriot side today is that the process of inter-communal negotiations on the Island has collapsed, Ertuğruloğlu also stated that this process will never be repeated.

“These two states (the so-called Republic of Cyprus and the TRNC) must have equal international status so that new negotiation processes can come to the fore. Recognition will come afterwards. Replying to a question during my visit to Pakistan last week, I have said that we have demanded recognition neither from Pakistan nor from Azerbaijan. However, the main principle of our foreign policy is the existence of equal international status and two states on the island. The reality of ‘one island, two states’ must be revealed.

Mentioning that the existence of a state cannot be measured by its recognition, Ertuğruloğlu pointed out that the whole world knows that the TRNC exists, but only Turkey has come to the point of recognizing the TRNC.

Ertuğruloğlu continued his speech as follows:

“The UN Secretary General also knows that there is no common ground between the two sides in Cyprus. As long as they recognize the Greek Cypriot side as the so-called ‘Republic of Cyprus’ and see the Turkish Cypriot side as a ‘so-called coommunity’ of that state, there will be no common ground. It is high time that the Secretary-General should convene a meeting again and announce his final decision that ‘there is no common ground’. The Secretary General also knows that this is the case, but he is playing for time not to declare it.”

Ertuğruloğlu said that the “one island, two states” policy will be brought to the agenda as soon as the world, especially the UN, adopts a policy in line with the realities of the Cyprus issue and added that following the acknowledgement of this, they could move to an active policy towards seeking the recognition of the TRNC.