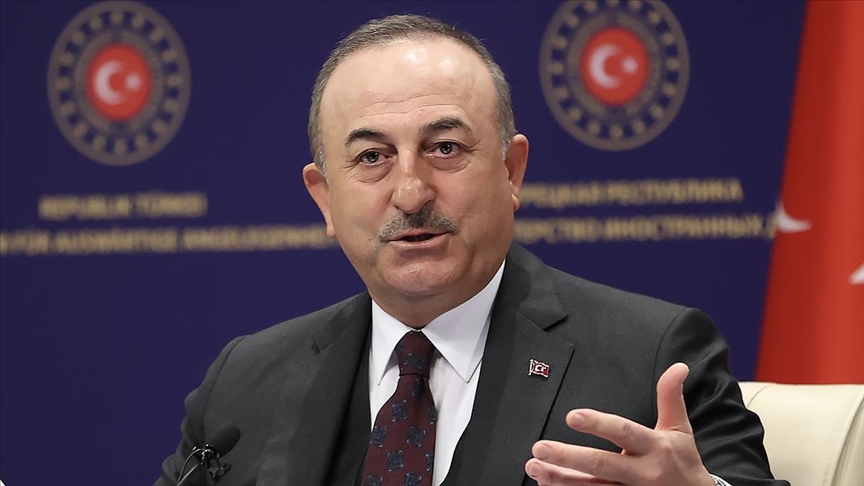 Stating that the TRNC gained status in many international organizations as a result of the efforts made to increase the visibility and recognition of the Turkish Republic of Northern Cyprus (TRNC) in the international arena, Turkish Foreign Minister Mevlüt Çavuşoğlu noted that TRNC Representative Offices were opened in many countries.

Turkish Foreign Minister Mevlüt Çavuşoğlu evaluated Turkey’s 2021 foreign policy by drawing attention to the tensions in the Eastern Mediterranean that were caused by Greece and the Greek Cypriot administration.

Emphasizing that the Cyprus problem should be solved completely, Çavuşoğlu said, “We negotiated for the federation for 53 years, and lastly we said in Crans Montana that we would not negotiate for a federation again”.

“If they wanted a solution they would not have destroyed the 1960 partnership. They see the Turkish Cypriot people as a minority. That’s why we are saying a solution based on sovereign equality must be sought” said Çavuşoğlu.

Explaining that another 53 years will not be wasted with talks on a federation, Çavuşoğlu stated that other countries also supported the idea of ​​a two-state solution on the basis of sovereign equality in Cyprus.