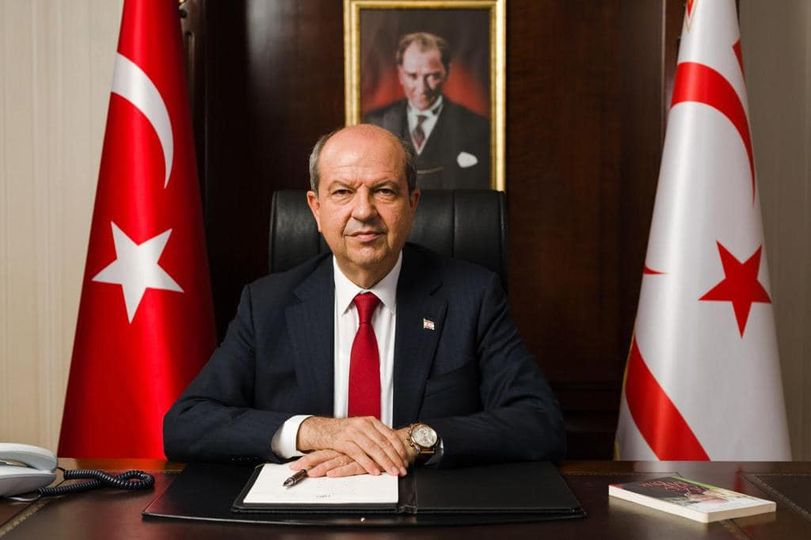 President Ersin Tatar stated that the leader of the Greek Cypriot administration, Nikos Anastasiades, repeated his known allegations and accusations against the Turkish Cypriot side and Turkey in an extremely aggressive manner.

Speaking at the UN headquarters in New York, Tatar said, “Anastasiades, who made these allegations based on complete distortion, tried to make us forget the fact that he was using the so-called Republic of Cyprus, which was usurped, as a political weapon. The Greek Cypriot leader, who unilaterally exploited such an environment in which the Turkish Cypriot people were deprived of their right to represent, did not hesitate once again to exhibit the game played by the Greek Cypriot side since 1963 on the world stage.

“The Greek Cypriot leader cannot change the course of history by advocating a return to the Cyprus partnership republic, which they destroyed with their own hands in 1963.

Saying this, he cannot hide the fact that it is the Greek Cypriot side that has proven intransigent by rejecting all comprehensive UN initiatives and is trying to root the status quo. Since we cannot achieve different results by repeating the same failures, it is time to turn a new page in Cyprus. We, as the Turkish Cypriot side, are following the advice of the UN Secretary-General on this issue in Geneva last April that we could start negotiations on the basis of sovereign equality and the registration of our equal international status. We have stressed our readiness