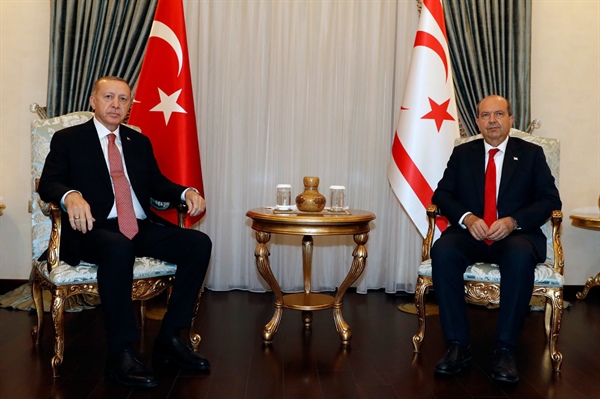 Tatar and Erdoğan had a 2 hour meeting in the TRNC

President Ersin Tatar had a meeting with the Turkish President Recep Tayyip Erdoğan who paid a visit to the TRNC on the occasion of the 37th Anniversary celebrations for the establishment of the TRNC.

The meeting that lasted for about two hours was held at the Presidential Palace.

Following the meeting President Erdoğan and his delegation departed from the TRNC.