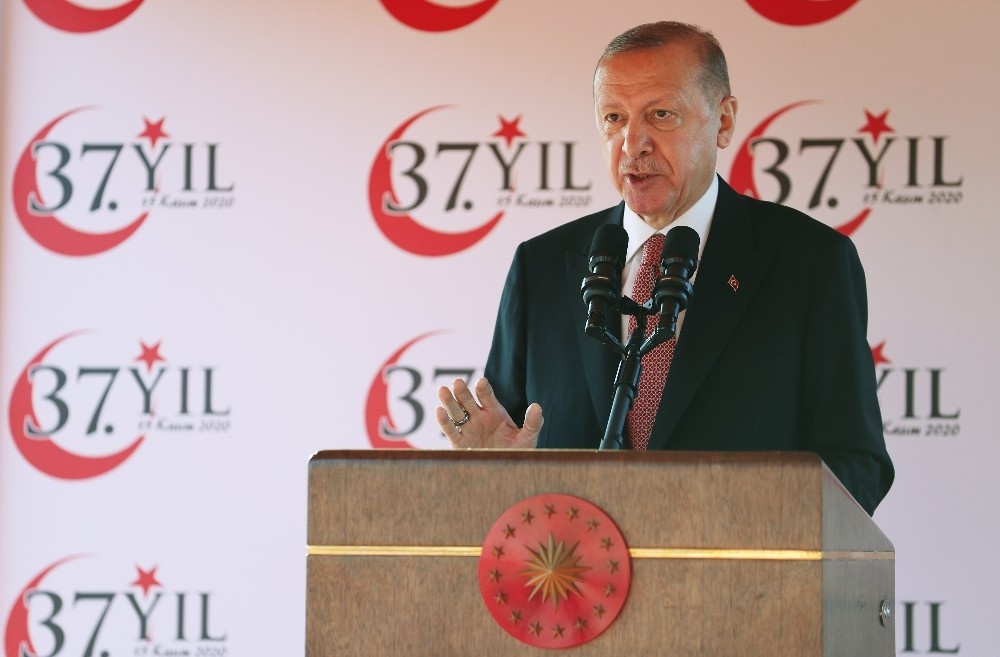 Turkish President Recep Tayyip Erdoğan said: “There are two separate people, two separate democratic systems and two separate states in Cyprus today. As President Tatar stated a two-state solution should be discussed and negotiated on the basis of sovereign equality”.

In his speech during the ceremony held for the 37th Anniversary of the establishment of the TRNC, Turkish President Recep Tayyip Erdoğan stated that as a guarantor country Turkey and the TRNC will no longer tolerate the diplomacy game, adding that our priority is to achieve a permanent and sustainable solution of the Cyprus issue to ensure the legitimate rights and security of the Turkish Cypriot people.

Erdoğan said, “As a result of the negotiations that have been going on for the last 50 years, we now know very well the facts; “It is not possible to re-establish a partnership with the Greek Cypriots in Cyprus, which was destroyed by the force of arms in 1963, and completely disappeared in 1974 by the Greek junta”.