Tatar: “The legendary Erenköy Resistance is a source of inspiration in the struggle of the Turkish Cypriots for existence” 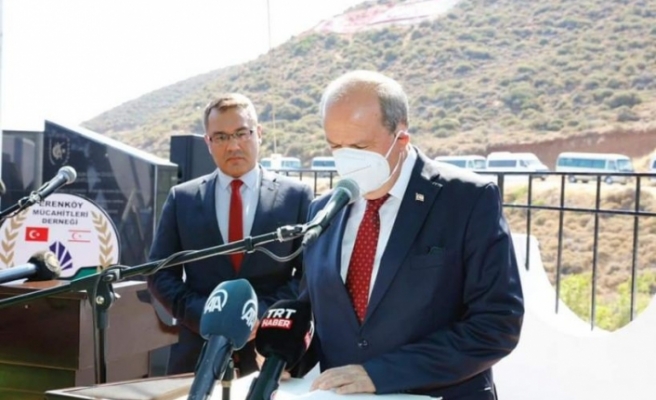 The 58th anniversary of the Legendary Erenköy Resistance and those who were martyred in the resistance were commemorated with a ceremony held in Erenköy yesterday (8th August 2022).

President Tatar said that Turkish Cypriots, who were students in Türkiye and the UK, suspended their educational studies and went to Erenköy in small boats from Anamur, Türkiye, and took an oath to protect the village at all costs.

The President said that thanks to this resistance, Greek-Greek Cypriot attacks were repelled in Erenköy on the evening of 8 August and an epic was written.