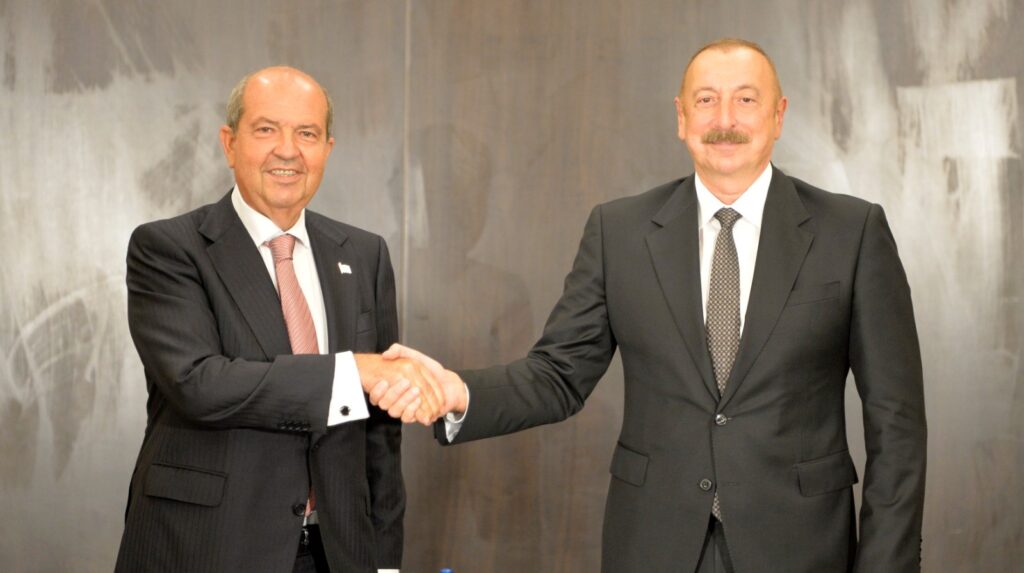 President Tatar, who was in Konya, Türkiye, to attend the Opening Ceremony of the 5th Islamic Solidarity Games upon the invitation of the President of the Republic of Türkiye, Recep Tayyip Erdoğan, briefed İlham Aliyev on the Cyprus problem and emphasized that evaluations were made for the development of mutual relations between the two countries.

President Tatar also highlighted the need for Turkish Cypriots to be able to participate in international sports tournaments under their own identity, including the Islamic Solidarity Games, in the coming years.

The President emphasized that the Turkish Cypriot People were very proud and supportive of Azerbaijan in the Karabakh victory.

President of Azerbaijan Aliyev said that they were fully aware of the support given by the people of the TRNC during the Karabakh war and stated that he supports the participation of TRNC athletes in the Islamic Solidarity Games.