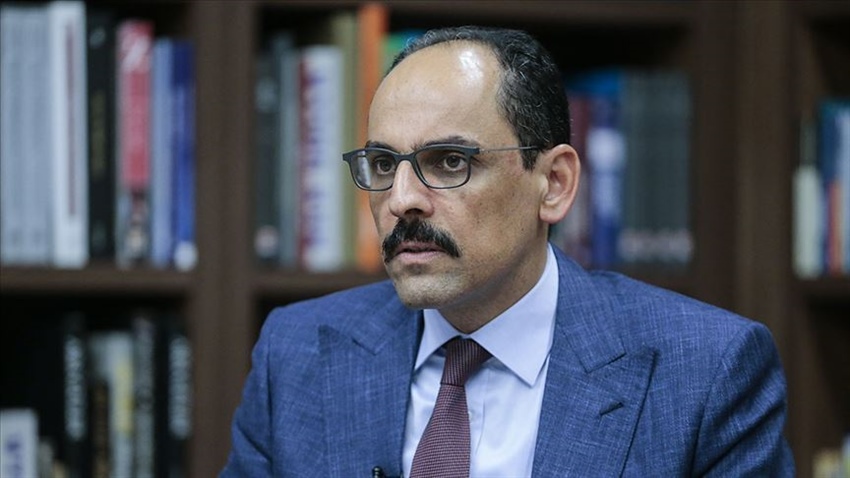 Kalın: “We are ready to discuss all issues with Greece without any precondition”

Turkish Presidential Spokesman İbrahim Kalın stated that Turkey is ready to talk with Greece about all issues such as the Aegean, continental shelf, islands, airspace, oil and gas explorations, the Eastern Mediterranean and all other bilateral issues.

Kalın answered questions on the agenda on a program he attended at the CNN Turk News Channel.

In reply to a question, Kalın said that within the framework of our President’s instructions, Turkey is ready to talk about all issues such as the Aegean, continental shelf, islands, airspace, oil and gas explorations, the Eastern Mediterranean and all other bilateral issues with Greece without any precondition.

In addition, emphasising that another process that needs to be carried out is the need for the TRNC and the Greek Cypriot side to start negotiations on controversial regions, Kalın also added that Turkey is ready to do whatever it takes to turn the Eastern Mediterranean into a “sea of peace,”.

Kalin also stated that the main framework of the study started with Greece is to put aside the ideological prejudices and work together on this issue.

Upon a question regarding whether Turkey can suspend or postpone the seismic research for one month in the Eastern Mediterranean or not, Kalın pointed out that NAVTEX was published in different periods. Reminding that Turkey has done this for nearly 10 years, he said:

“When the last NAVTEX was released, the Greek side reacted very strongly. As if we were going to occupy Meis Island right away, there is not such a thing. It is 180 kilometres away from Meis Island where Oruç Reis is planning to make exploration. It is not on the continental shelf. However, President Erdoğan said, ‘if these negotiations will continue, let us wait for a while’. “We can wait for a while now.” Kalın also added.

Mentioning that the basic principle of President Erdoğan is “We should always be one step ahead in these negotiations,” Kalın said that our message to both Greece and the Greek Cypriot side is, “let’s solve our bilateral issues together and not try to put pressure on Turkey by using your EU membership, you will not be able to get a result in this way”